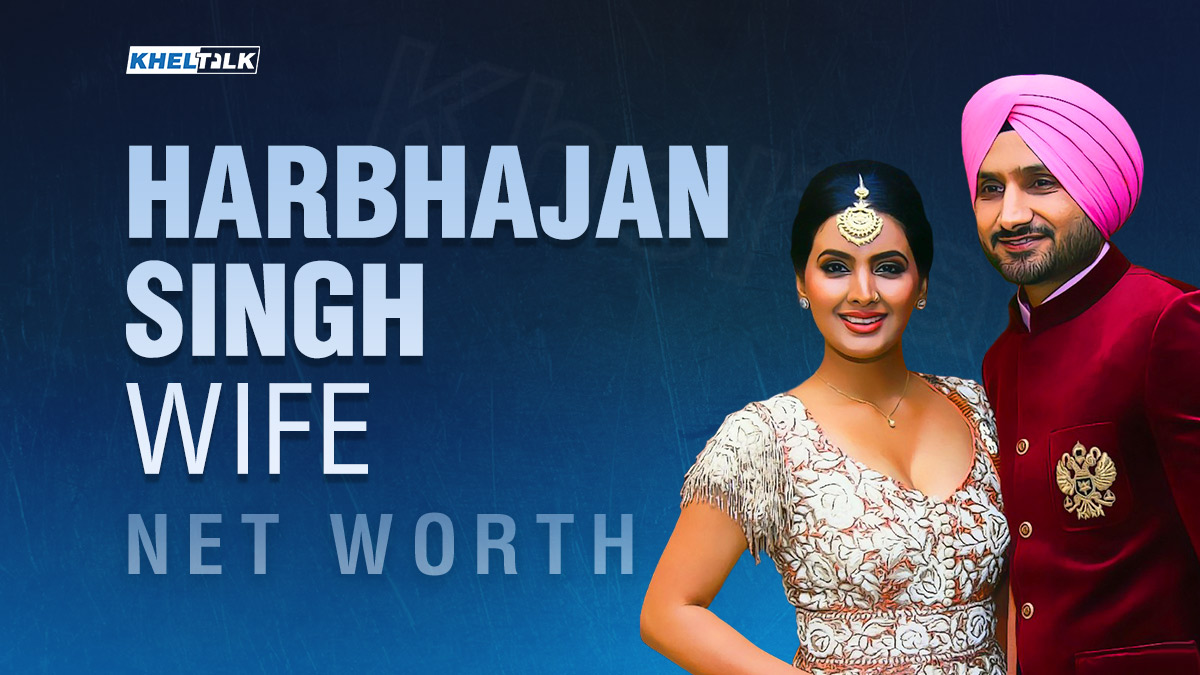 Who is Harbhajan Singh’s wife and what is her net worth?

Harbhajan Singh is one of the most notorious cricketers to ever don a blue jerseys but off-field, he always maintained a very shy personality when it comes to his personal life. Harbhajan is a very outspoken and open heart person and throughout his life, his name was linked with many Bollywood beauties.

But in 2015, he finally declared his 1st innings to Geeta Basra in a big Punjabi wedding. Geeta is also a renowned actress from Bollywood and is a British-born Indian who has appeared in Bollywood and Punjabi films. She was born to Indian Punjabi Sikh parents in Portsmouth, Hampshire on the south coast of England.

She is now married to India’s finest off-spinner and Indian pride Harbhajan Singh. They both live a happy and luxurious life in Mumbai, India, and are blessed with a daughter, Hinaya Heer Plaha and a son, Jovan veer Singh Plaha.

Geeta Basra herself is an Indian actress and has worked in both the Hindi and Punjabi movie industries. She is still one of the most paid actresses in Punjab cinema and A-listed as the most popular Bollywood actress. Her net worth is around ₹ 10 crores, and if we add up her husband’s net worth then their total net worth is around  ₹ 80 crores.

Geeta Basra was born to Indian Punjabi Sikh parents in the south coast of England and didn’t have any plans to do acting. She comes from a typical sikh family and wanted to pursue her education and land a typical 9 to 5 job. But her one performance in School drama made Geeta keen about acting.

She did her acting study in Kishore Nameet Kapoor acting institute in Mumbai. After completing her studies she came into Bollywood and became a famous actress. She also worked in the Punjabi industry and gave many hits.

Geeta and Harbhajan met through common friends at a party in Mumbai. It was Harbhajan who first fell in love and tried to take her on a date several times but Geeta denied due to scheduling. Harbhajan even invited her to the Mumbai Indians match in 2010 where instead Geeta sent her driver. However Geeta also, later on, realized the same bond. Before getting married they both were in a relationship for 5 years.

When did Harbhajan Singh get married?

Geeta Basra got married to the famous Indian spinner Harbhajan Singh on 29 October 2015 in Jalandhar, Punjab. It was a very grand Punjabi wedding where many Punjabi singers and celebrities performed. Even Harbhajan’s Favorite singer Gurdas Mann performed a special song. India’s biggest person and Prime Minister also attended the wedding. Harbhajan also did many receptions of his wedding in different cities to celebrate the biggest moment of his life with every friend.

Geeta Basra once talked exclusively with the media and made some shocking revelations. She revealed that her second baby, whom she delivered was born after her 2 miscarriages. For Geeta, her son, Jovan is a rainbow baby. Even after her tough times, she stayed really strong and her husband supported her at all times.

Geeta Basra was already a very famous actress and celebrity but her marriage with Harbhajan Singh made her even more famous. She has a very wide following on her Instagram platform and regularly shares pictures related to her and Harbhajan. Her social appearance on Instagram platform is given below:

Geeta Basra shares a luxurious and extravagant home in Mumbai as well as in Jalandhar. They reside in a fashionable house in the city of dreams. As expected their home includes all the modern facilities and services.

More about the house, they have impressive facilities and is one of the high-rise buildings in Mumbai. They also have a farmhouse in Jalandhar which is in an extravagant space. Their house’s worth is almost 20 Crores.

Yes, she knows how to cook.

Q. Is Geeta Basra an Actress?