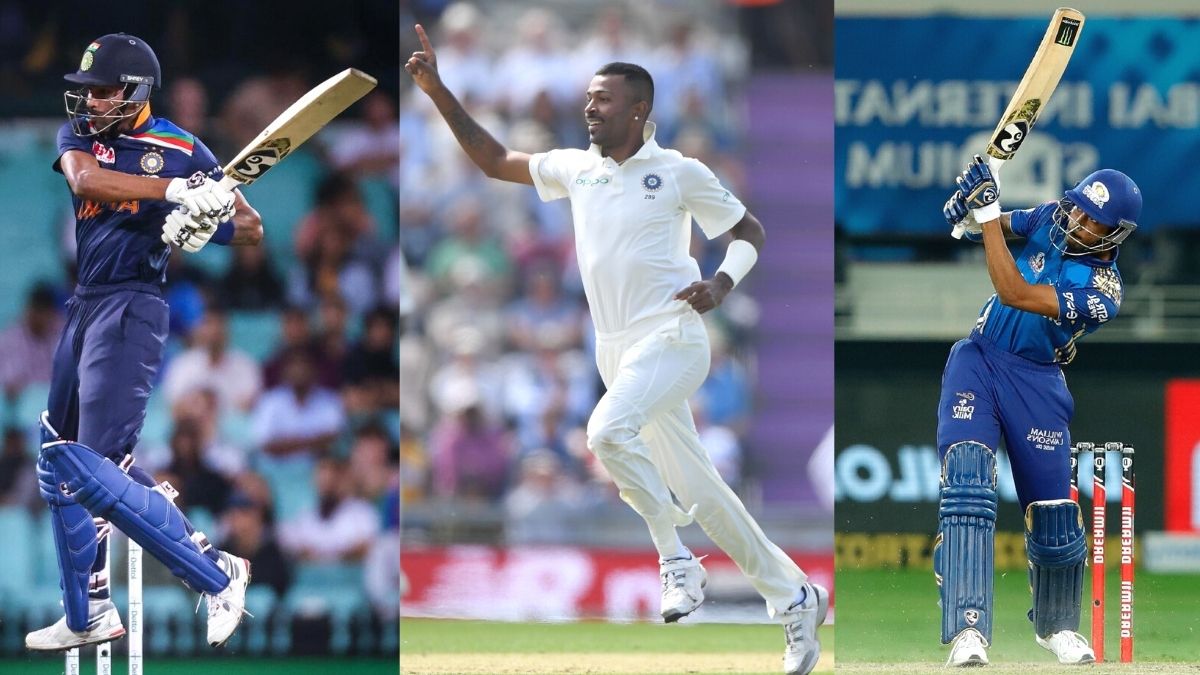 If you want to know who the best all-rounders in the world are, it’s hard to go past Indian player Hardik Pandya. Not only is he a technically sound player, but he is also an explosive force at the crease. Hardik Pandya plays for Mumbai Indians in IPL. At Dharamsala, Pandya made his One Day International (ODI) debut against New Zealand. On his debut, Hardik was named Man of the Match. As a result, he became only the fourth Indian to be named Player of the Match in an ODI for the first time.

The right-handed attacking batter and bowler is only 27 years old. He has already accomplished a lot in his short career and became one of the key players of India. Pandya lives the life of a superstar, and he has constantly been in the news,  whether it is for his performance on the crease, the controversies surrounding the Koffee with Karan program, or his marriage to Natasha.

Pandya has witnessed many Ups and downs in his career and life. He was born in a small Surat hamlet and moved to Vadodara due to his father’s charges. Another great example of good to great is his struggle. Let’s look at Hardik Pandya’s personal wealth and lavish lifestyle following his early struggles.

Hardik Pandya’s Net Worth in 2021 is 30 crore rupees. He is one of the current generations of cricketers who show off their lavish lifestyle. He was part of the top 40 richest cricketer’s list in 2020 and is expected to climb up the ladder of this race further.

Hardik Pandya Net Worth over the years

Let’s now go into details of Hardik Pandya’s net worth.

Mumbai Indians picked Hardik Pandya for just 10 Lakhs in the 2015 IPL auction. Even they didn’t know he would turn out to be one of the world’s best all-rounders. IPL was the turning point in Hardik’s life. He bought his first house through IPL money and now earns a whopping 11 crores per season for Mumbai Indians. They retained him in 2018.

Hardik Pandya is a regular member of the Indian team. He plays all formats for India but recently has been out of the test team because of injury issues. Currently, he is a Grade Contracted player of India and earns 5 crores annually. His per match income is as per the following pay structure built by BCCI. Hardik Pandya is a Grade A contracted player for the Indian team, and his primary income is through match fees and endorsements.

Hardik Pandya is one of the fittest cricketers of India, and his athleticism often makes headlines. The kind of personality he possesses makes him the biggest youth icon. Since his rise in international cricket, he has been making tons of money through endorsements. Last year he generated a whopping 12 crores. Some of his notable brand endorsements are:

Hardik Pandya’s extravagant lifestyle is always a hot topic on social media. He is very affectionate with the Caribbean lifestyle. He is one of the most active cricketers on social media, and a good portion of his income is generated through social media. He was in the top 40 richest cricketer’s list in 2020 and is earning approx more than 60 Lakhs per month.

Hardik and Krunal were raised in a small colony of Surat, and he himself has described how buying a big house for his family was his dream. He has also built a luxurious 6,000 square feet penthouse in Vadodara, where his brother and family life is worth more than 2 crores. Hardik Pandya currently lives in Mumbai, and his house is worth more than 10 crores. Apart from this, he owns some properties worth INR 5.2 crores across India.

Hardik’s love for expensive things is never hidden. He owns many expensive things, including cars, watches, etc. He has some prestigious things in his collection. Let’s see the crazy expensive items owned by Hardik Pandya.

Hardik Pandya is a family man now. He is engaged to Natasha Stankovic and was recently blessed with a baby boy. Hardik Pandya and Krunal Pandya are very close and can often be seen doing various crazy things together on social media. Hardik Pandya, in an interview, confessed about how his family is very open-minded about everything, and he is blessed to have such parents.

Hardik Pandya’s personal life has been filled with many linkups and breaks. He was once banned from international cricket for inappropriate comments on women in the Koffee with Karan show. He was linked with many B-town hotties like Esha Gupta, Elli Avram, Karishma Sharam. He was often seen in pubs and clubs partying with stars.

In 2020 Hardik Pandya got engaged to Nataša Stanković in Dubai. They are now blessed with a baby boy, which they named Agastya Pandya. After many controversies and rumors, he is finally planning to settle down and marry her.

Ans- No, he was born in Surat but his family moved to Baroda after Business failure.

Ans- No, he was born in Surat but his family moved to Baroda after Business failure.

Ans- No, he is only engaged to  Nataša Stanković as of now.

Ans- No, but he occasionally drinks Alcohol

Ans- No, he lives in Mumbai with his fiance