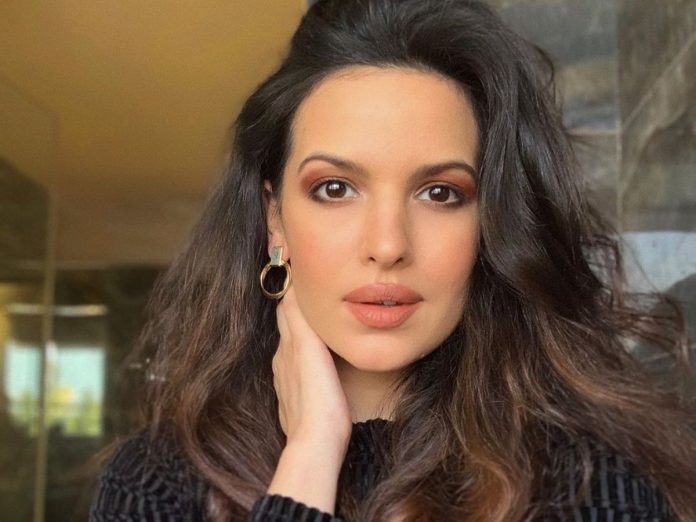 Who is Natasa Stankovic?

Natasa Stankovic is an Actress, Dancer, and a Model by profession. Born on 4 March 1992, she lived her early life in Požarevac, Republic of Serbia.

After modeling in her native country and places around Europe, Natasa Stankovic began her career in India. Since then, the Serbian has appeared in a few movies and has also taken part in Big Boss.

Natasa Stankovic rose to fame after she got engaged to Indian cricketer Hardik Pandya. The two have since gotten married and even have a child together.

In this article, we will have a look at Natasa Stankovic’s Salary, Net Worth, Personal Information, Career details, Husband, Controversies, FAQs, etc

Before we check out her Net Worth, let’s have a look at some personal details about Natasa Stankovic

Natasa Stankovic’s Salary: It is not known how much she charges for her modeling and acting commitments. Nevertheless, a few agencies have claimed that she generally demands a fee between 30 lakhs to 1 crore for projects.

Natasa Stankovic’s Assets: Natasha lives with her husband in a 6000 sq. ft penthouse in Vadodara, India. Their house is well furnished and has multiple rooms in it. The multiple-story house also has a huge car park and a posh lawn attached to it.

Natasa Stankovic and her husband Hardik Pandya own the following cars:

Having started her modeling journey in India in 2012, Natasa Stankovic made her Bollywood debut with a cameo appearance in the movie Satyagraha in 2013. She is mostly seen as a dancer in “item songs” but apart from this, Natasa has also had side-character roles in a few films.

Apart from films, she was also part of Big Boss in 2014 but was evicted after 28 days. She has also taken part in Nach Baliye in 2019.

The Serbian actress was most recently part of the web series named Flesh in 2020. In this, she took up the role of Paul Madam. Since the birth of her son, Natasa has taken a step back from her acting career. It has to be seen if and when she will make her return.

Natasa Stankovic is married to Indian Cricketer Hardik Pandya. The pair got close to each other in 2019 as per reports. Following this, the Indian cricketer proposed to her in the middle of the ocean in January 2020. Hardik and Natasa eventually tied the knot on 31st May 2020 in the middle of the Covid Pandemic.

They have a son named Agastya, who was born on 30th July 2020. The couple has been inseparable and they are very much in love. We hope that this love between them lasts for a lifetime.

Natasa Stankovic, wife of Indian all-rounder Hardik Pandya was reported to have an affair with TV actor Aly Gony. She also participated with him in one of the famous television shows “Nach Baliye”. Before getting married to a star all-rounder, the actress was rumored to have a relationship with Sam Merchant as well.

Unprofessional Behaviour: She was part of a controversy in Nach Baliye 9 where she was performing along with Aly Goni.

In one episode, Natasa Stankovic forgot her dance steps and started crying on stage. She then stormed off without informing anyone. The judges were not happy with this and criticized her for the “unprofessional behavior”.

Bollywood legend Sunny Deol was the guest Judge of the episode and even he was not happy with this. Natasa would realize her mistake and would later show up on stage to apologize.

Apart from this, there have not been any other controversies surrounding Natasa Stankovic. She has remained quite professional and cool-headed in her career and was even loved by everyone during her Big Boss appearance.

She generally posts reels, pictures with her husband and family, and about her professional ventures.

Q- Who is Natasa Stankovic?

Natasa Stankovic is a dancer, model, and actress based out of Serbia. She rose to fame after appearing in Big Boss and then getting married to Hardik Pandya.

Q- Who was Natasa Stankovic’s ex-boyfriend?

She was reportedly in relationships with Aly Goni and Sam Merchant before marrying Hardik Pandya.

No, she is from Serbia.

Q- How did Natasa Stankovic have a child two months after marriage?

Natasa Stankovic was reportedly pregnant before she announced her engagement with Hardik Pandya.

Q- Do Natasa Stankovic and Hardik Pandya have children?

Yes, they have a son named Agastya