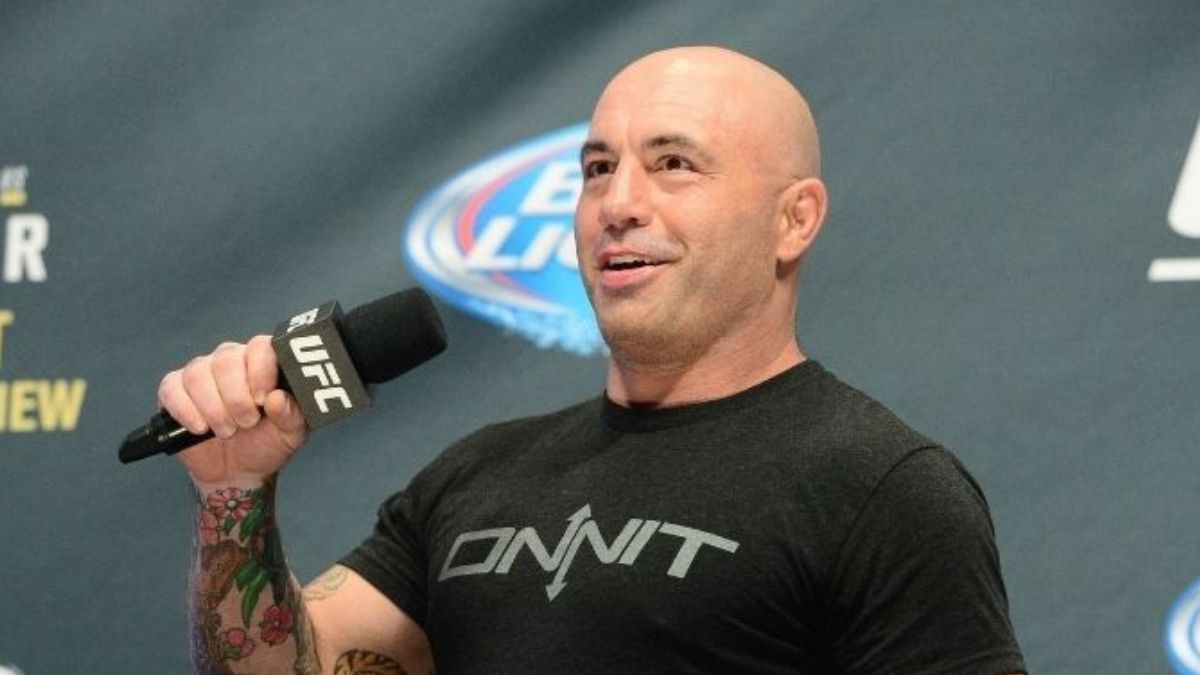 What is the net worth of Joe Rogan?

Joe Rogan is a former comedian and a color commentator who also works with the UFC. He was born on August 11, 1967, in Newark, New Jersey, U.S.A.

Rogan has been actively working since 1988. He initially started as a comedian and performed in cities like Boston and New York. The talented artist has also worked as a radio host and started his own podcast.

The commentator is best known for spending his time with the UFC. He still works for the company but it is rumored that he only covers events in the USA.

In this article, we will have a look at Joe Rogan’s Endorsements, Net Worth, Personal Information, Family, Career details, Controversies, FAQs, etc

Net Worth: In 2021, Joe Rogan’s net worth is estimated to be around $100 million (USD). He has earned his net worth through his podcasts, commentating duties, comedic acts, etc. during his career.

Salary: Joe Rogan reportedly receives $5000 for commentating per bout in the UFC. He gets an additional $50,000 on every PPV as well. Overall he gets around $500,000 per year working for the UFC.

To add to this, Spotify recently paid him $100m to make his podcast exclusive to them.

Assets: The UFC commentator reportedly has a $14m house in Texas, United States. The 11,000-square-foot mansion reportedly has eight bedrooms and multiple bathrooms. It also has a lavish dining room and an inbuilt library as per reports.

Comedian: Joe Rogan started his career in 1988. He started out as a stand-up comedian and did shows in Boston, New York, and other cities. In 1990, Rogan moved to New York permanently and became a full-time comedian.

Between 1994-1999, Rogan would have his first stints on television. The talented individual was first recruited for a 30-minute comedy show on MTV named hardball. From there on his career progressed and he started to appear on NewsRadio, Fear Factor as well.

Ultimate Fighting Championship: Joe Rogan joined up as backstage and post-fight interviewer in 1997. This turned out to be his biggest project and has taken him to newer heights. Since then Rogan has been promoted to a color commentator. Due to this, he is one of the most recognized and adored faces by MMA fans.

Owing to his charisma, Joe Rogan was voted as the MMA Personality of the Year 7 times by world MMA awards. He was also credited from other fan-made websites as well. He still works with the UFC to this day and is widely recognized as one of the best commentators of all time.

The Joe Rogan experience: In 2009, Joe Rogan began his podcast by the said name. The podcast gained so much traction that Spotify signed him up for $100m to only stream on their platform. Whereas clips of the

The following are Joe Rogan’s accomplishments over the years:

Jessica Ditzel: The 46-year old Jessica has been with Joe for a long time now. The couple met in 2001 and eventually got married in 2009.

Jessica used to wait tables and do modeling when she initially met Joe Rogan back in the day. She currently works as a TV producer and still models for a few agencies.

Together they have two daughters. Joe is also a stepfather of another daughter than Jessica had from her previous relationship.

Covid-19 Controversy: Joe Rogan stated in his podcast that young and healthy individuals should not take a vaccine. The UFC commentator suffered a heavy backlash after putting up this statement. To add to this, The White House chief medical advisor Anthony Fauci accused him of making misleading comments.

Rogan backed down after the backlash and claimed that he was a ‘moron’ and ‘not a reputed source of information’.

Youtube deletes his video: A clip from the 2022 New Year’s Eve episode of “The Joe Rogan Experience” was removed from YouTube. This was done as the content promoting COVID vaccine hesitancy amid the rise of cases due to the omicron variant of the virus.

The video was made along with Dr. Robert Malone. Dr. Malone has made controversial comments about coronavirus in the past as well.

Q- How did Joe Rogan start his career?

He started his career in 1988 as a comedian

Q- How much does Joe Rogan make per podcast?

Q- Does Joe Rogan still work with the UFC?

Yes, he still works with the UFC. But he is not available for all the events.

Q- What disease does Joe Rogan suffer from?

He suffers from Vitiligo

He is well-liked by the UFC fans but he has made a few controversial statements over the years.

Q- Who are Joe Rogan’s parents?

It is not known. But Joe Rogan has said that he does not know much about his father as his parents divorced when he was 5.

Yes he is married to Jessica Ditzel