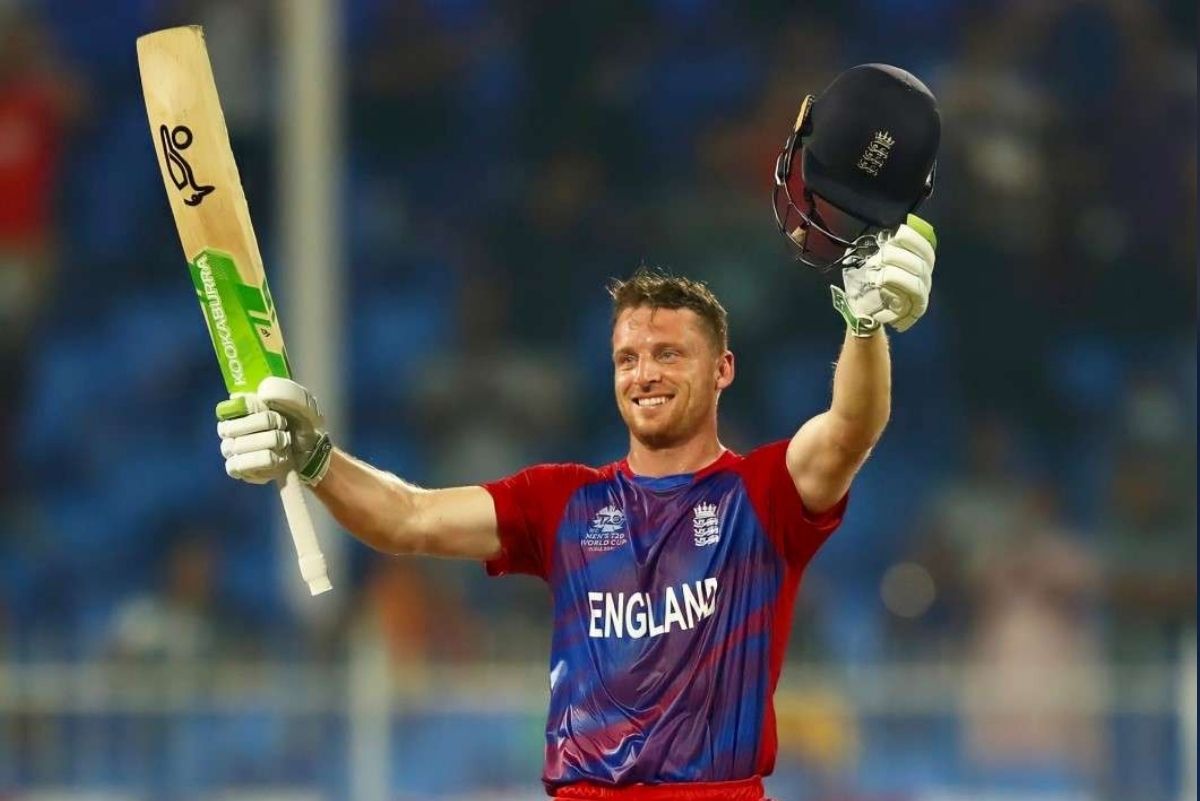 Jos Buttler is an English cricketer who currently plays for his national team and various cricket franchises around the world. Born on 8 September 1990 in Somerset, England, Buttler is currently the vice-captain of the England National team in ODIs and T20Is.

The Wicketkeeper-batsman made his debut for South Africa on 31 August 2011 against India in a T20I game. Since then, Buttler has also represented his team in the Test and ODI formats as well.

Jos Buttler has also been part of the Indian Premier League and other franchise cricket leagues. He has represented the Mumbai Indians and the Rajasthan Royals in the IPL. He will play for the Royals once again in the 2022 edition of the tournament.

In this article, we will have a look at Jos Buttler’s Salary, Net Worth, Personal Information, Career Details, Wife, Controversies, FAQs, etc

Jos Buttler Net Worth: Jos Buttler’s net worth is reportedly estimated to be around $12.1 million or 90 crores in Indian Rupees approximately. He has earned his net worth through endorsements and match fees in his playing career.

Jos Buttler’s Salary: The wicketkeeper-batsman has a $2.6 million annual contract with the England Cricket Board for representing his national team.

The wicketkeeper-batsman earned INR 3.8 crores per season with the Mumbai Indians.

Whereas, he earned INR 4.40 crores with the Rajasthan Royals per season since 2018

Jos Buttler will represent the Royals once again in IPL 2022. He was retained by the Jaipur-based team for INR 10 crores before the auction.

Jos Buttler’s Endorsements: Jos Buttler has been one of the best batsmen in recent years. He is a hard hitter and is instantly recognised. Hence it is natural that a lot of brands want to endorse and partner with him. Here are a few brands that Buttler used to/currently endorses:

Jos Buttler’s Cars Collection: We don’t have any information about Jos Buttler’s car collection at this moment.

Jos Buttler’s house: Jos Butler reportedly has a home in Somerset, England. He lives here along with his wife and two daughters. Not much is known about his house apart from the fact that it has a huge porch.

We will update this section once we get more information about his home.

England National Team: Owing to his performances in the domestic tournaments and the England youth setup, Jos Buttler was finally called up to the main team in 2011. The wicketkeeper-batsman made his debut against India in a T20I game in 2011. Following this, Buttler would make his ODI debut in 2012 and his Test debut in 2014 as well.

Owing to his performances, Jos Buttler has represented England in the following ICC competitions:

In this, Jos Buttler managed to become the runner-up with his England side in the 2013 CT and the 2016 WT20 tournaments.

The wicket-keeper batsman’s biggest achievement came in 2019 when he helped England be crowned the World Champions by beating New Zealand in a nail-biting final!

Apart from ICC tournaments, Jos Buttler has also played in multiple ashes series’, playing a total of 57 Test Matches in his career as of 23rd March 2021. In this, the batter has scored 2907 runs.

Buttler has also played 148 ODIs and 88 T20Is for England as of March 2022. One of his big accomplishments is the fact that he has scored a century in all three formats of international cricket.

The cricketer is just 31 years old. Hence he still has a long way to go in International cricket.

Indian Premier League: Jos Buttler was first signed up by the Mumbai Indians in IPL 2016. He stayed two years with the franchise, also helped MI be crowned the champions of the tournament in 2017.

In 2018, Rajasthan Royals signed up the Englishman. Though he didn’t manage to win a trophy with the Royals, he did establish to make himself a T20I specialist. His knock of 124 against the Sunrisers Hyderabad in the 2021 IPL edition is widely considered as one of the best knocks in the competition’s history.

Owing to his form, RR retained Josh Buttler for a massive fee of INR 10 Crores for the 2022 edition of the Indian Premier League.

Louise Buttler: Josh Buttler is married to Louise Buttler. Not much is known about Louise apart from the fact that she is a pilates instructor by profession. She films her sessions and even puts them on social media. Apart from this, she also works as a personal fitness trainer.

The couple is rumored to have met in the early 2010s. Jos and Louise tied the knot in 2017 and have been together ever since. The couple has two daughters named Georgia and Margot,

The Buttlers are very much in love and we hope that this continues for the rest of their life!

Racism Row: Jos Buttler and Eoin Morgan were under the microscope in 2021 owing to one of their old Tweets. Buttler and Morgan reportedly mocked Indians by using the word “Sir” in their Twitter conversation.

Buttler used “broken English” along with using the word sir multiple times. These Tweets were from 2017. The ECB was said to be investigating the matter but there is yet to be a verdict on the same.

IPL 2019 Mankad controversy: During the match between Kings XI Punjab and Rajasthan Royals, Ravi Ashwin controversially ran Jos Buttler out through a Mankad. Though this is a fair way of getting a batsman out, it is not done as per the “ethics”. The batsman was visibly upset while returning to the pavilion. Nevertheless, he was out as per the rules of the game.

This created a lot of controversies as the cricket fraternity was divided between Ashwin and Buttler.

Controversial message on his bat: Jos Buttler had another controversial incident in 2018 during the England vs Pakistan series. The English batsman had scribbled the word “F*** it” on his bat. The message worked out for him as he smashed 80 runs in a winning effort in the game.

This message was caught on the cameras and it created controversy at that time. ICC said they would look into the matter but no action was taken eventually.

The England wicketkeeper is active on social media as well

Jos Buttler generally posts about cricket, his pastime activities, his sponsors, and his friends and family.

Q- What is the name of Jos Buttler’s kid?

Yes he has two daughters, Georgia Rose and Margot

Yes, he is actively playing cricket for England and his franchise teams.

Q- Against whom did Jos Buttler make his England debut?

As of 2022, Buttler’s biggest accomplishment was to help England win the 2019 ICC Cricket World Cup.

Q- Who is Jos Buttler married to?

Jos Buttler is married to Louise Buttler. They got married in 2017.

Jos Buttler will play for the Rajasthan Royals after the franchise retained him for Rs. 10 crores before the IPL 2022 auction.