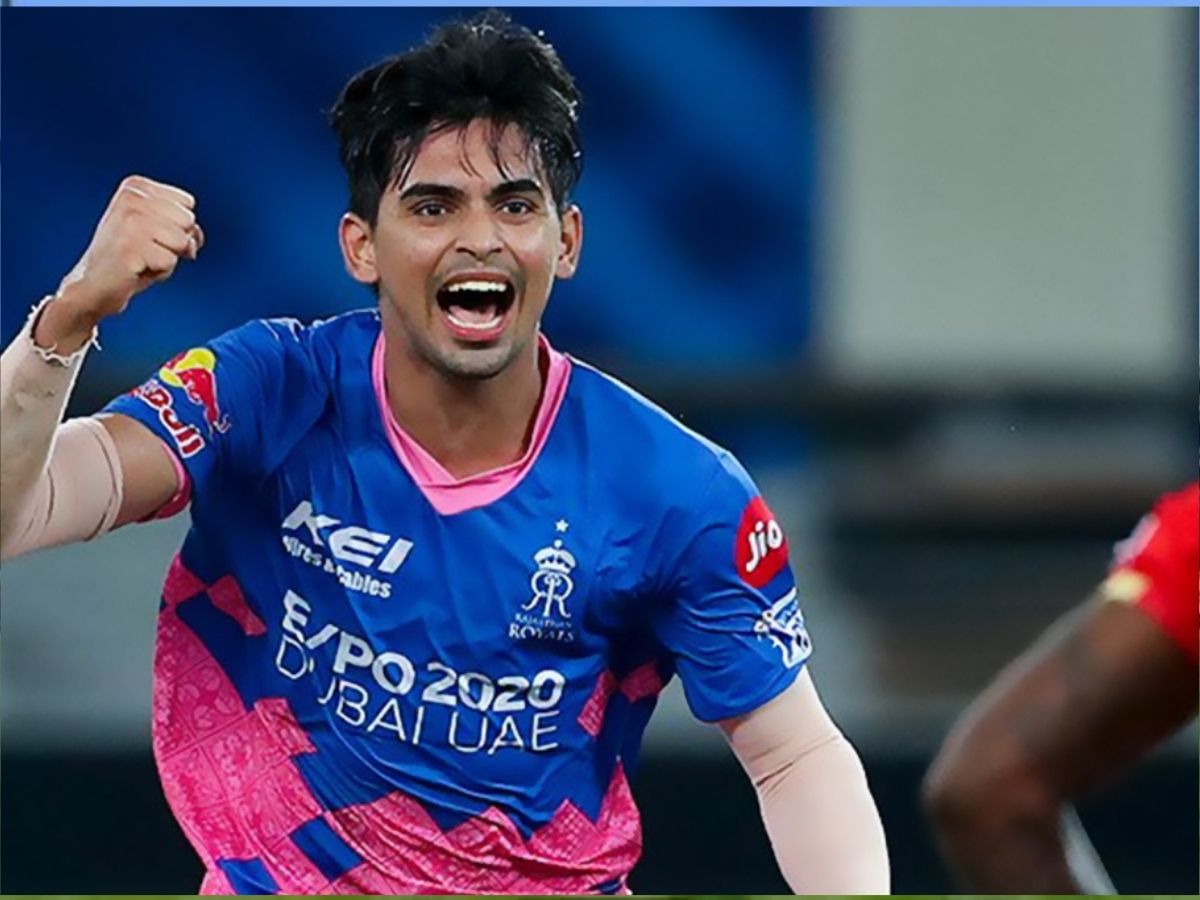 Kartik Tyagi is an Indian cricketer who represents the Uttar Pradesh Team in domestic cricket. Born on 8 November 2000, the Hapur-based bowler has slowly grown in stature in the Indian domestic circuit.

The UP-based bowler is yet to make his debut for the Indian national cricket team as of May 2022. However, the bowler has been part of the Indian U-19 side in the past.

Kartik Tyagi has also been a part of the Indian Premier League. The right-handed pacer currently plays for Sunrisers Hyderabad. But he was also part of the Rajasthan Royals before that.

In this article, we will have a look at Kartik Tyagi’s Salary, Net Worth, Personal Information, Career details, Girlfriend, Controversies, FAQs, etc

Kartik Tyagi Net Worth: Kartik Tyagi’s net worth is estimated to be between 5-7 Crores in Indian Rupees. The bowler has earned his net worth through endorsements, the match fees during his playing career, his investments, etc.

Kartik Tyagi’s Endorsements: Kartik Tyagi endorses the following brands at a point in his career:

Kartik Tyagi’s Car Collection: We do not have any details about Kartik Tyagi’s car collection at the moment. Nevertheless, we will update the same in the coming days.

Kartik Tyagi’s House: He reportedly owns a luxurious house in Hapur, Uttar Pradesh, India. Kartik lives in a multi-storey house with his parents. But other details about his place are unavailable at the moment.

Domestic Cricket: Kartik Tyagi made his debut for the UP stateside in the 2017-18 Vijay Hazare Trophy. Since then, he has also played for the team in the Ranji Trophy and the Syed Mushtaq Ali trophy as well. Owing to his prowess, Tyagi was also part of the India U19 side in the ICC U19 World Cup 2020. His side reached the finals, losing to Bangladesh.

Indian Premier League: Kartik Tyagi was selected by the Rajasthan Royals in the 2020 IPL auctions. He made his debut on 6 October 2020 against the Mumbai Indians. The bowler would stay with RR in the 2021 season before being released for the mega auctions.

Sunrisers Hyderabad picked up the bowler for 4 crores in the IPL 2022 auctions. He has since played for them, but Kartik Tyagi failed to help his team qualify for the playoffs. As of May 2022, the bowler gas picked up 14 wickets in 16 IPL matches.

Apart from this, Kartik Tyagi has won other individual awards and recognitions like Man of the Match and Man of the Series Awards. We hope to see Kartik develop into a top professional in the near future.

Kartik Tyagi is currently not dating anyone. There have been no rumors regarding the bowler’s girlfriend. Kartik has also not updated anything about his potential girlfriend on his Social Media Pages. Hence, we will update this section once we find information from any reputed source.

There are no controversies surrounding Kartik Tyagi at the moment. The 21-year-old Medium-Fast bowler has been highly professional throughout his cricketing career for his domestic team and his IPL team. The Sunrisers Hyderabad player has not been part of any spat or controversies both on and off the field.

We hope that Kartik Tyagi continues to be the gentleman that he is and stays out of controversies as he goes forth in his cricketing career and his life.

Kartik Tyagi generally posts about cricket, his pastime activities, and his friends and family.

Q- What is the name of Kartik Tyagi’s children?

Kartik Tyagi does not have any children yet

Yes, he is playing cricket actively for the Sunrisers Hyderabad, his domestic team, Uttar Pradesh.

Q- Against whom did Kartik Tyagi make his India debut?

Kartik Tyagi is yet to make his debut for the Indian national team.

It is reported that he currently lives in Hapur, Uttar Pradesh, India.

Kartik Tyagi’s biggest accomplishment as of 2022 is representing the Indian U-19 team and playing in the IPL.

Q- Who is Kartik Tyagi married to?

Kartik Tyagi is not married to anyone

Q- Who is Kartik Tyagi’s girlfriend?

Kartik Tyagi does not have a girlfriend at the moment.

Q- Who does Kartik Tyagi play for in the IPL?

Kartik Tyagi was picked up by the Sunrisers Hyderabad in the 2022 IPL auctions.