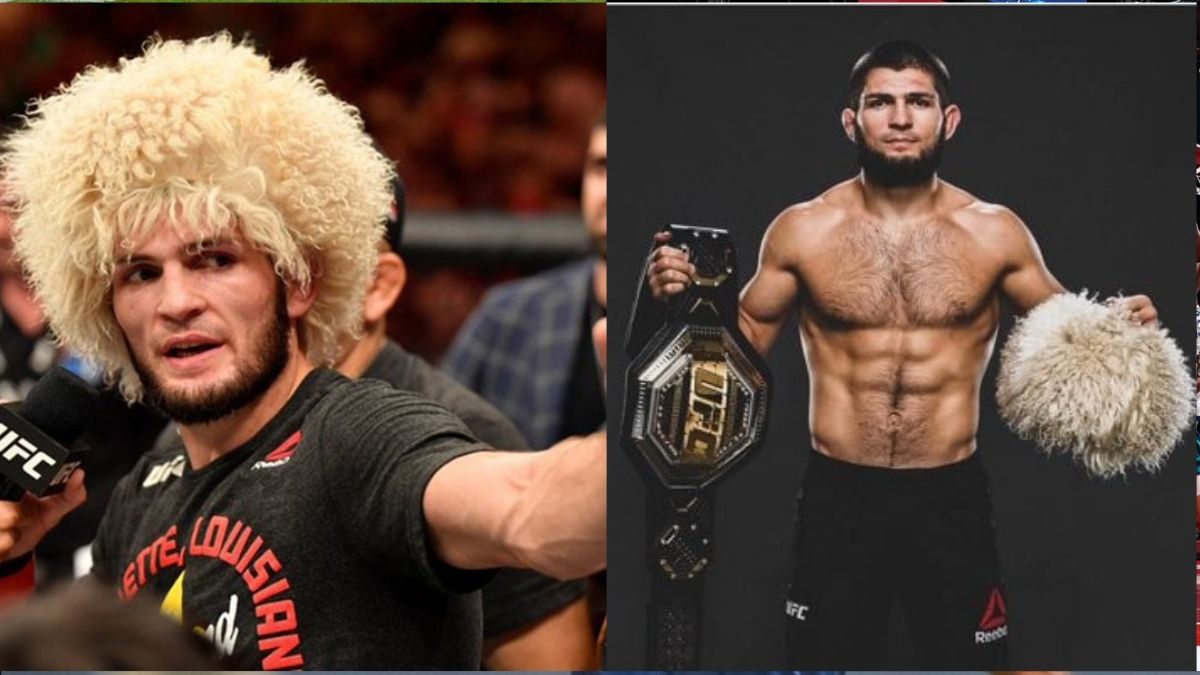 Nicknamed as “The Eagle” Khabib Nurmagomedov is a common name in the contact sports world of UFC. The Russian fighter started his UFC career in 2012 in the lightweight category. In his Debut, supported by his father Abdulmanap Nurmagomedov as his coach he defeated Kamal Shalorus with a rear-naked choke resulting in submission. This laid the foundation of an unbeaten streak of never losing inside the octagon.

Khabib shot to global fame after his last 3 fights with top contenders like Justin Gaethje, Conor McGregor, and Dustin Poirier beating all of the three and adding to his inimitable 29 wins and 0 losses record in the contact sports world.

In a career span of over 9 years, Khabib has amassed a net worth close to USD 40 Million from UFC and Brand Endorsements.

Competing in the race of Highest earning UFC fighters he was just one spot away from the Irish MMA fighter Conor McGregor until he retired earlier this year giving his fans heartbreak.

A large percentage of his earnings came from his last two fights which made him a global superstar. His infamous fight with McGregor handed him a whopping sum of USD 1,540,000 which was reduced by $0.5 million as a fine imposed on him due to a post-match brawl between the two sides.

In his last fight, Khabib earned around $6,009,000 defending his lightweight championship for the third time against Justin Gaethje before calling it quits from MMA in the same match.

Despite hefty earnings, Khabib has a very humble and rooted approach towards his way of living this is why he still prefers to live in his homeland Russia. His ancestral family house is situated on Nurmagomedov street, in a small mountain village of Sildi in the Tsumadinsky District of Dagestan, Russia.

He also owns a gym near his house where he could train.

He is in complete contrast to his peers when it comes to buying expensive houses.

Khabib’s first car was an inexpensive Lada Piora which he bought for around $2700USD before his glory days in the UFC.

Reportedly, he sold this car to fund his career in the Mixed Martial Arts field.

He can also be seen driving around in the streets with a Ferrari California and BMW 6 Series.

Toyota also sponsored the UFC star as he is fond of Toyota Off-Roaders as well. He boasts a Land Cruiser J-200 valued at around USD 88,000.

This year, Khabib signed a deal with an American financial Tech giant, Waled as their global brand ambassador. The UFC champion shared their companionship on his Instagram handle.

In 2019, Forbes Russia announced Khabib as the “Most Successful Russian Athlete”.

The same year he was signed by a SalamPay, a payment service in Russia as their brand ambassador

As reported by his manager he charges around $300,000 per day for his public appearances.

“The Eagle” despite all the recognition and wealth he attained has always been devoted and affectionate to his family in Russia. He grew up with his brothers and cousins in his homeland of Dagestan in Russia.

His father, Abdulmanap Nurmagomedov was a veteran of the Soviet army and an honored combat coach in Russia. Abdulmanap had also wrestled during his early days and received formal training in judo and sambo which he passed on to Khabib.

Despite a tradition among the Nurmagomedov’s of marrying twice after 50-60 years of age and unlike his father who also married twice Khabib is a loving, one woman man.

He married his distant relative and childhood friend, Patimat, in June 2013 following native Dagestani traditions. Interestingly she had the same surname, before marriage to Khabib.

They were blessed with a daughter and two sons later.

His feud with Conor McGregor, UFC 223

UFC being a contact sport is not just limited to physical fights, it also involves some grimy tactics and a lot of verbal exchanges to break the mental psyche of the opponent before the fight.

On 3rd April 2018, Khabib had a bit of banter with his fellow fighter Artem Lobov, who is known to be a close friend of Conor McGregor.In the heat of the moment, Nurmagomedov and his companions struck Lobov multiple times.

A couple of days later during the promotional event for UFC 223, Mc Gregor and his companions gatecrashed the event and laid an assault on Khabib who was leaving the arena on a bus.

McGregor threw a piece of metal equipment on the bus window which shattered the glass and injured other fighters present inside the bus.

McGregor was later booked by the NYPD and faced criminal charges for this assault. Later he was released on 50,000 USD bail and was ordered to perform 5-days of community service and attend anger management classes.

This whole incident left Nurmagomedov left with outrage against McGregor and his entourage.

After defeating McGregor by submission through a neck crank hold, enraged due to the earlier incident at UFC 223 promotional event, “The Eagle” jumped the octagon fence and charged on McGregor’s cornerman, Dillon Danis.

Soon in retaliation McGregor and Khabib’s cousin Abubakar Nurmagomedov, who is also a fellow UFC fighter got into a fistfight. McGregor was also attacked by two of Khabib’s cornermen. The things got all heated up between the two sides that UFC security officials and director of UFC, Dana White had to intervene.

Nevada State Athletic Association (NSAC) later imposed a fine of 500,000 USD on his match-earnings and a nine months suspension for Nurmagomedov. Mcgregor also faced a 50,000 USD fine and a six-month suspension.

Khabib also apologized to NSAC saying he was provoked due to the UFC 223 bus incident and quoted.

On 24Th October 2020 after his victory by submission over Justin Gaethje at UFC 254, Khabib Nurmagomedov devasted by the demise of his father who was battling Covid decided to retire for good.

Influenced by his mother he did not want to continue his journey with any Octcoach other than his father.

No, Unlike Dagestani-Muslim traditions of marrying two wives, Khabib has only one wife.

Yes, he retired after his last fight with Justin Gaethje in Oct 2020.

Q. What is the age of Khabib Nurmagomedov?

Q. What is the name of Khabib Nurmagomedov’s wife?