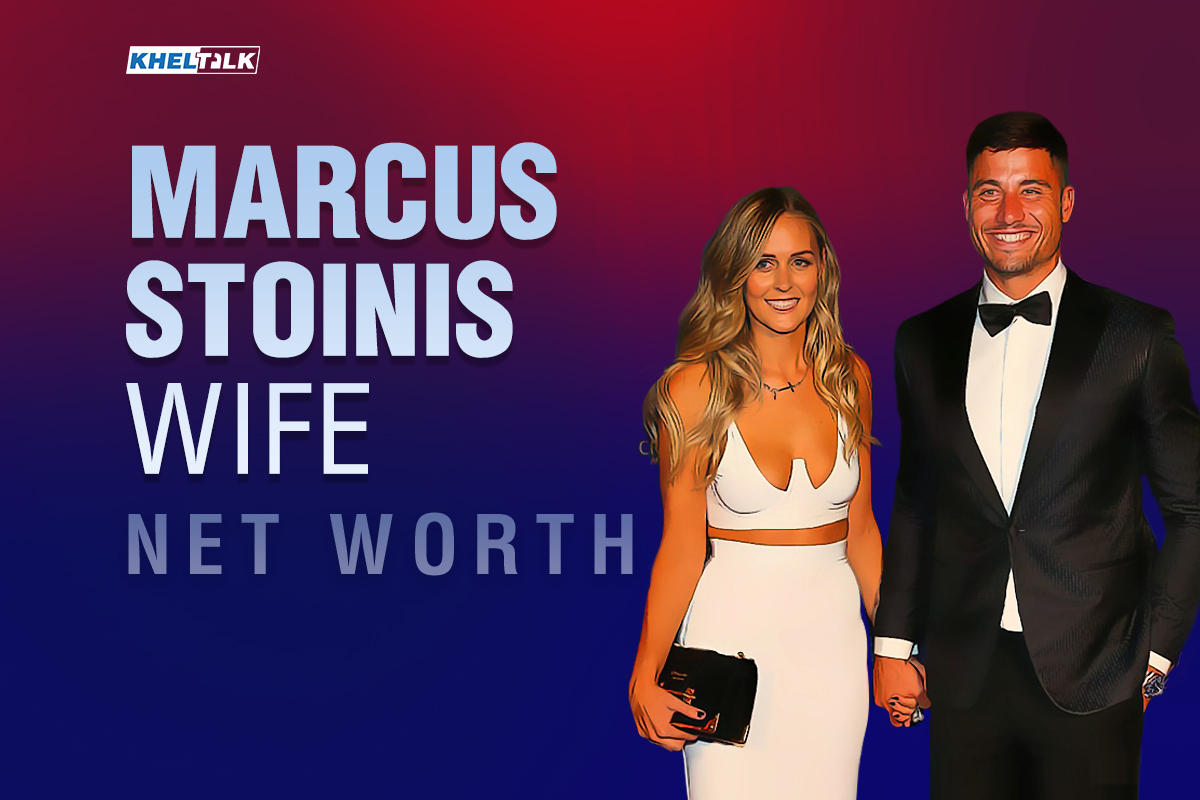 Who is Marcus Stoinis Wife and What is her net worth?

Marcus Stoinis is called the Hulk of World Cricket because of his ultra muscle physique and brute power. He is one of few cricketers around the world who can turn the game with his bowling as well as batting. Stoinis was the main reason why Australia clinched their first-ever T20 World Cup last year.

Stoinis comes in the elite category of X-factor players but apart from his cricketing life, he is a very friendly and jolly nature type of personality. He is always seen dancing around the team making pranks to light up the mood of his team. His personal life also has been filled so many spicy gossips as he was caught in intimate moments with his fellow teammate Adam Zampa which sparked rumors of him being gay.

In this article, we will tell you about the personal life of Marcus Stoinis, his wife, and his girlfriend and clear out all rumors regarding his sexuality and his current status.

Many media outlets in Australia and World refer to Marcus Stoinis as married but in reality, there is no concrete evidence about Marcus’s marriage as he has not shared any pictures about his marriage or wife. He is currently unmarried and is in a relationship with his partner.

There are many rumors of Marcus Stoinis being gay after his notorious pictures with Adam Zampa during the ODI match got viral where he was seen cuddling with Zampa during a cricket match on live tv. These are fake and bogus rumors as Stoinis is straight and is interested in women. However, he and Zampa do share a very good relationship and some might call it very close but both players are straight.

What is Marcus Stoinis’s relationship status?

Who is Marcus Stoinis’s Girlfriend?

Marcus Stoinis is a very muscular and big person and has a very attractive personality. He is currently in a relationship with Stephanie Muller who is always very beautiful and attractive. Both are seen many times during Stoinis’s matches and especially at Cricket Australia’s annual award ceremony where both set the red carpet on fire. There is not much information about who Stephanie Muller is and what her profession is but is reportedly from Melbourne.

Marcus Stoinis and Stephanie Muller have been dating for years now and their first picture on Marcus Stoinis’s Instagram handle is from way back in 2013. They both are very attractive individuals and reportedly met through common friends at a party in Melbourne. Marcus Stoinis has also shared many pictures on Instagram which clearly depicts his love for his lady. Although the exact story about how they fall in love is still a mystery.

Do Marcus Stoinis and Stephanie Muller live together?

Everyone thinks Marcus Stoinis is from Melbourne as he represents Victoria in Domestic Cricket and plays for Melbourne Stars in BBL but Marcus Stoinis is from Western Australia. Although Marcus has now shifted his base to Melbourne completely and lives there with his girlfriend Stephanie Muller. Both are in a live-in relationship and live in Melbourne where it all started for both of them.

Q. Who is Marcus Stoinis’s wife?

No, he is in a relationship with Stephanie Muller

Q. What is the age of Marcus Stoinis?

Q. Marcus Stoinis is from which place?