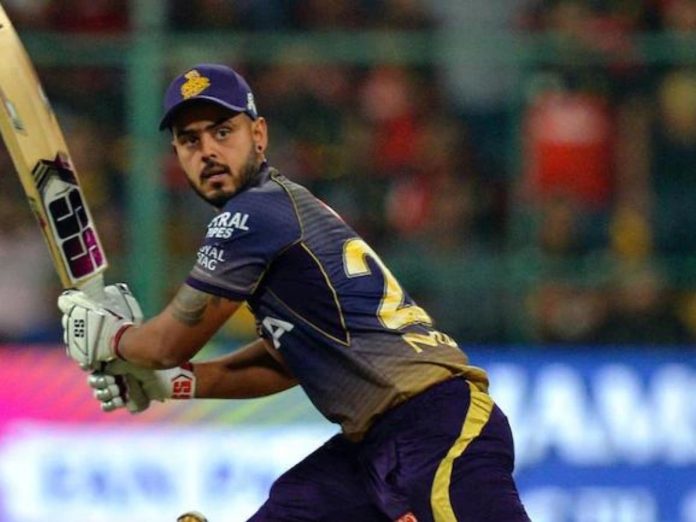 Nitish Rana is an Indian cricketer who has represented the national team. Born on 27 December 1993 in Delhi, India, the left-handed batsman has become a very popular name in the limited format of the game in India.

The Delhi-based batsman made his ODI debut for India on 23 July 2021 vs Sri Lanka in what was his only ODI game as of now. Nitish Rana has since gone on to represent the Indian national team in T20Is as well.

Nitish Rana is best known for playing in the Indian Premier League for the Kolkata Knight Riders. The batsman currently plays for KKR but he was also part of the Mumbai Indians before that.

In this article, we will have a look at Nitish Rana’s Salary, Net Worth, Personal Information, Career details, Wife, Controversies, FAQs, etc

Nitish Rana Net Worth: Nitish Rana’s net worth is estimated to be around $3.9 million or 30 crores in Indian Rupees. The batsman has earned his net worth through endorsements, the match fees during his playing career, his investments, etc.

Nitish Rana’s Endorsements: Nitish Rana endorses the following brands at a point in his career:

Nitish Rana’s Car Collection: The Indian batsman reportedly owns a Mercedes and an Audi car. However, the model and price of these cars are not known at the moment.

Nitish Rana’s House: He reportedly owns a luxurious apartment in Delhi, India. As per reports, his wife Saachi designed this luxurious house in 2021 before they moved in. It is estimated that the value of this house is between 3-5 Crores (INR). Other details about this house are not available at this moment.

IPL Career: Courtesy of great performances in the domestic circuit with Delhi, Nitish Rana was picked up by the Mumbai Indians in the IPL 2015. However, the batsman would not make his debut until IPL 2016. He stayed with MI until 2017 before moving to the Kolkata Knight Riders.

Nitish Rana has since established himself and become a huge name with the KKR franchise. Over the years, Nitish Rana has scored more than 2113 runs in the Indian Premier League. This includes 15 half-centuries to his name as well.

Indian Cricket Team: Nitish Rana’s performances in the IPL and the domestic circuit eventually gave him his Indian debut in 2021. He made his debut against Sri Lanka in an ODI game on 23rd July 2021. Following this, he played two T20I games against the Lankan team as well. However, unsatisfactory performances saw him get sacked from the team. Nitish Rana is yet to play again for the national team.

Apart from this, Nitish Rana has won other individual awards and recognitions like Man of the Match and Man of the Series Awards.

Saachi Marwah: Nitish Rana got married to Saachi Marwah on 18 Feb 2019. Saachi is an interior designer and an architect based out of Delhi. She is a co-founder of Saachi and Navneet Design Studio and has been a part of this company ever since.

The two reportedly met in the mid-2010s and eventually started dating in 2016. Nitish reportedly used to play football with Saachi’s brother back then. The couple is very much in love and we hope that their love continues forever.

Age Fudging Controversy: Nitish Rana was booked by the BCCI during an age fudging investigation in 2015. Owing to this he was also banned with 21 other cricketers for a few days.

The Investigation restarted in 2019. However, Nitish Rana reportedly came clean and he was given a green chit by the BCCI.

Apart from this, Nitish Rana has not faced any other controversies on the field or off the field in his young cricket career.

Nitish Rana generally posts about cricket, his pastime activities, and his friends and family.

Q- What is the name of Nitish Rana’s children?

Nitish Rana does not have any children yet

Yes, he is playing cricket actively for the Kolkata Knight Riders, his domestic team, and the Indian National Team.

Q- Against whom did Nitish Rana make his India debut?

It is reported that he currently lives in Delhi, India.

Nitish Rana’s biggest accomplishment as of 2022 is representing the Indian national team in ODIs and T20Is.

Q- Who is Nitish Rana married to?

Q- Who does Nitish Rana play for in the IPL?

Nitish Rana was picked up by the Kolkata Knight Riders for Rs. 8 crores