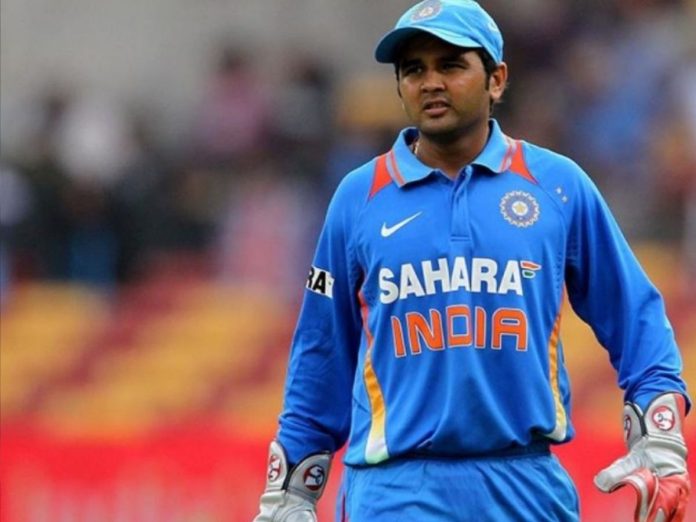 Parthiv Patel is a former Indian cricketer who retired from competitive cricket in 2020. Born on 9 March 1985, the Gujarat-based wicketkeeper made his test debut for India at the age of 17. He is hence the fourth-youngest Indian test debutant.

Patel made his debut for India on 4 January 2002 vs New Zealand in an ODI game. As stated earlier, He has represented the national team in Test matches and T20Is as well.

Apart from the national team, Parthiv Patel has also played in the IPL. He started his IPL career with the Chennai Super Kings in 2008 and went on to represent a total of 6 IPL franchises. Patel last played for the Royal Challengers Bangalore in the 2020 IPL tournament.

In this article, we will have a look at Parthiv Patel’s Salary, Net Worth, Personal Information, Career details, Wife, Controversies, FAQs, etc

Parthiv Patel Net Worth: Parthiv Patel’s net worth is reported to be around 25 crores in Indian Rupees. The Gujarati-based wicketkeeper has earned his net worth through endorsements, his salary during his playing career, his investments, his post-cricketing career as a commentator, etc.

The following has been Parthiv Patel’s salary in the Indian Premier League over the years:

Parthiv Patel’s Endorsements: Here are the companies that endorsed Parthiv Patel during a point time in his career:

Parthiv Patel’s Car Collection: The following are the cars that the batsman has had in his garage at a point in time:

Parthiv Patel’s House: Parthiv Patel lives at a home in Ahmedabad, Gujarat. He lives in this home with his mother, daughter, and his wife.

His house looks well furnished with modern interiors as per the photos that Patel has posted on social media. However, other details about his house are currently unavailable. Hence we will update things once we find out from a reputable source.

Indian Cricket Team: The Indian wicketkeeper made his debut against New Zealand in an ODI game on 4th January 2002. Following this, he also made his Test debut against England later in the year.

He was the youngest wicketkeeper to play Test Cricket. Parthiv Patel started brightly and was also a part of the 2003 ICC Cricket World Cup squad. The wicketkeeper was on and off with the Indian squad until 2005. But he was then excluded after the emergence of Mahendra Singh Dhoni and Dinesh Karthik.

However, Patel would return to the side in 2011 for India’s tour of the West Indies and the 2012 series against Sri Lanka.

Parthiv Patel’s final Indian game came in a test match against South Africa in 2018. The wicketkeeper was called up to replace the injured Wriddhiman Saha. India won the Test Match but Parthiv Patel scored 2 & 16 in his two innings for the side. He was then dropped and never got a chance to represent the Indian team again.

Indian Premier League: Parthiv Patel was picked up by the Chennai Super Kings in the 2008 IPL auctions. He became an integral part of the team and helped CSK win the 2010 IPL and Champions League T20 trophies.

He then represented the Kochi Tuskers Kerala, Deccan Chargers, Sunrisers Hyderabad, and the Royal Challengers Bangalore between 2011 and 2014.

In 2015, Mumbai Indians picked up the wicketkeeper-batsman. Patel was an important member of the MI team as the Blues won the 2015 and 2017 IPL trophies.

In 2018, Parthiv Patel moved on to the Royal Challengers Bangalore in the mega auctions. He was part of the team until 2020 before being dropped and eventually retiring from the game.

Avni Zaveri: Parthiv Patel has been married to Avni Zaveri since 2008. Avni was reportedly born and brought up in Ahmedabad and currently works as an Interior designer.

It is not known how or when the couple met. Parthiv and Avni eventually got married on 9th March 2008 in a lavish ceremony in Ahmedabad, Gujarat. They have a daughter named Vedika Patel. Avni and Parthiv are very much in love and we hope this love continues to blossom forever.

Virat Kohli controversy: Parthiv Patel had reportedly asked Royal Challenger Bangalore captain Virat Kohli to sign up Jasprit Bumrah for the team. However, Kohli reportedly brushed it off in an ignorant manner. Fast forward to now, Jasprit Bumrah is arguably one of the best bowlers in the world. When this statement came out in the media, it gained a lot of traction from cricket fans. Virat Kohli fans also abused Parthiv Patel for putting out this statement after so many years. However, the

The Gujarat-based batsman posted a cryptic tweet suggesting “Tweet is Bitter” in March 2022 in relation to the furrow of replies that he got.

Apart from this, there have not been any major controversies surrounding Parthiv Patel. He has been professional both on and off the field and we hope that he maintains this going forward in his life as well.

The former Indian wicketkeeper is active on social media as well. Here are his handles:

Parthiv Patel generally posts about cricket, his pastime activities, and his friends and family.

Q- What is the name of Parthiv Patel’s children?

No, Parthiv Patel retired from competitive cricket in 2020.

Q- Against whom did Parthiv Patel make his India debut?

Q- Against whom did Parthiv Patel make his India debut?

He made his debut on 4 January 2002 against New Zealand in an ODI Match?

It is reported that he currently lives in Gujarat, India.

Parthiv Patel’s biggest accomplishment was being the fourth-youngest Indian Cricketer to play Test Cricket (17 years). He has also played for India in all three formats.

Q- Who is Parthiv Patel married to?

Q- Who does Parthiv Patel play for in the IPL?

Parthiv Patel no longer plays in the IPL. He last played for the Royal Challengers Bangalore in 2020.