KhelTalk is the only destination that brings you the finest today’s match prediction that you can trust. We are here for IRE vs. SA Today Match Prediction, 2nd T20, Online Cricket Betting Tips, which will provide every user with a clear picture of which team and in what aspect they can place their bets.

Ireland lost the 1st T20I of the series. Their bowlers showed fight and restricted South Africa to a par total of 167. The batsman looked clueless in 2nd innings and was completely outdone by the South African bowling lineup. The form of Paul Stirling is becoming a headache now for Ireland. He is their premier batsman and was in good form this year but his flop show with the batting on this tour is the main reason behind Ireland’s losses.

Ireland will look to bounce back in the 2nd match of the series after a flop show in 1st T20. Bowlers did their job well but batters need to step up to support their bowlers. They need to go with a safe approach against world-class bowlers like Rabada and Ngidi in early overs as they lost 4 wickets inside 6 overs only in the first T20I. Ireland hasn’t played T20Is in the past, it was their first match since March 6, 2020, so they will hope for a better show in 2nd T20I after a rusty performance in 1st T20I.

Top Batsmen of Ireland from IRE vs SA 1st T20

Top Bowler of Ireland from IRE vs SA 1st T20

South Africa is looking like a settled unit in T20Is. They have already beaten world champions West Indies in the last series and against Ireland, they looked fabulous. They crushed the Irish team in every department. After struggling at 79-4 at one stage, experienced players like Miller and Markram took the command and led the recovery to reach a respectable total of 167 on Belfast’s ground. South African bowlers never gave an inch to Irish batters in the second innings and bundled them out for just 132 runs.

Tabraiz Shamsi is in the red hot form at the moment. The world no.1 ranked bowler is looking unplayable and took 4 wickets again. His performances are outrageous in 2021 and now he is getting support from other bowlers as well. South Africa is looking like a settled unit and they know their best XI. Performances like this definitely are making them a possible contender for the upcoming T20 World Cup.

The weather is predicted to be perfect for cricket on match day.There will be good clear sunshine with no chances of rain. Since it is an afternoon game, the weather will not affect the match that much.

Belfast convey is considered as low scoring ground. Its overall average score in 1st innings and 2nd innings is 108 and 99 respectively. South Africa is playing for the 1st time on this ground. Pitch will offer seam movement in initial overs and it will be a crucial stage for the bowling team. The team batting 1st has won more matches, so teams will look to bat 1st on this pitch.

IRE vs SA – Who will win the match, Today Match Prediction:

Paul hasn’t been fired in this tour. Despite being the top scorer of ODIs in 2021 with 586 runs, he struggled in the ODI series and that show seems to continue in T20Is also. After the ODI series didn’t go according to his plan, he looked ultra positive and smashed six on 1st ball but again threw his wicket away by trying the same on the next ball.

Ireland batting depends on him very much and his struggle is a worrying sign for Stirling. After a successful stint of PSL with Islamabad this year, his confidence was high but at the moment he is looking like a shadow of himself. Despite the struggle, he is the star batsman of Ireland and he knows how to tackle a lean patch. He is our top pick for a batsman from Ireland based on his form this year.

Quinton de Kock scored quick-firing 20 runs off 9 balls in 1st T20I. He was looking set to go for a big score but Mark Adair luckily got his wicket. He has been one of the best opening batsmen since IPL 2020. He scored 503 runs in the 2020 IPL and was the main reason behind Mumbai’s win in the tournament. He was the top scorer in the last T20 series against the West Indies.

His game has improved a lot against spin bowlers due to IPL, which has transformed his batting. He was always good against seamers, but improvement in gameplay against spin has put him in the elite panel. He is in dream form at the moment and there is no reason to not select him.

The 34-year-old off-break bowler is in dream form this year. He is the top wicket-taker in 2021 ODIs and looked excellent in 1st T20I. He only conceded 19 runs and scalped 2 key wickets. Simi Singh has emerged as the leader of their bowling attack in recent times and these performances against top sides are boosting his confidence. He can again make an impact in the 2nd T20I as South Africans have looked uncomfortable against him in middle overs. He is the best Irish bowler at the moment and our top pick for the top bowler spot.

Tabraiz Shamsi is arguably the best T20I bowler at the moment. He is ranked no.1 in ICC top Bowlers chart in T20I and is the top wicket-taker in 2021 T20Is. His performances are improving game by game. His economy was just 4.00 in the last series and again in 1st T20, he picked 4 wickets. Going into World T20, he holds the key to South Africa’s success. In this tour, he has looked unplayable and Irish batters have looked clueless against him. You can’t go beyond him in top bowling as he is in dream form. 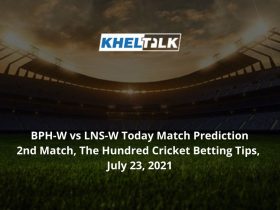 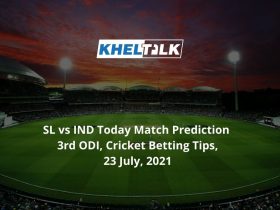 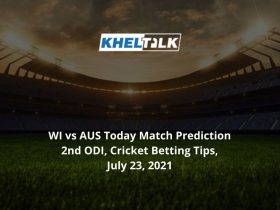