KhelTalk is the only destination that brings you the finest today’s match prediction that you can trust. We are here for IRE vs. SA Today Match Prediction, 3rd ODI, Online Cricket Betting Tips, which will provide every user with a clear picture of which team and in what aspect they can place their bets.

Ireland started this series as underdogs, but they are one win away from a historic series win against the Proteas. Ireland’s captain Andy Balbirnie before the start of the series said he would be disappointed if Ireland doesn’t qualify for the 2022 World Cup, given the talent in his side. Surely his side has proved him in the right with their performances. In both ODI’s, Ireland batters have looked so comfortable against the mighty SA bowling lineup. The big names like Rabada and Nortje all have been unable to scare young Ireland batters.

Before coming into this series, Ireland lost against Netherlands and Afghanistan, but they have turned the tables around. They currently sit in 9th position on ICC Men’s Cricket World Cup Super League with 7 losses and only 2 wins. Going into this series, they were under enormous pressure. Their star all-rounder Kevin O’Brien recently announced his retirement, which shocked Ireland cricket. Surely this performance in this series has given a new ray of hope for them.

Top Batsmen in this series for Ireland

Top Bowler in this series for Ireland

South Africa came into series with a big reputation and form. They recently defeated West Indies in T20I’s away. Coming to series, their Temba Bavuma announced the strong squad and decided against resting key players. In both matches, South African bowlers have found it difficult against Ireland batters. Ireland batters have been patient against top world-class bowlers like Rabada and Nortje.

South Africa is currently at 11th position in ICC Men’s Cricket World Cup Super League. They do not want to lose more points against low-ranked sides like Ireland. After 1st ODI was washed out, they decided to include Nortje, but he couldn’t trouble Irish batters. He finished wicket-less in 2nd ODI. Although in 2nd ODI, they were unable to chase the target of 291 as the pitch became slowed in the 2nd innings, it can’t be the reason for a top-quality side like them. They will look to bounce back and avoid a series of defeats against Ireland.

Top Batsmen in this series for South Africa

Top Bowler in this series for South Africa

The weather is predicted to be perfect for cricket on match day. 1st Odi was a washout due to rain, but we can expect a good contest between bat and ball without rain interruption. We can expect some swing for bowlers due to this weather,

Pitch slowed in 2nd half, but fast bowlers were always in the game. Rabada made the most use of conditions in the first innings. Pacers can exert swing and pace from pitch in initial overs. Spinners will play a vital role as pitch slows down. The captain would like to bat first and put runs on the board on this wicket.

IRE vs. SA – Who will win the match, Today Match Prediction:

Irish opening batsman Paul Stirling has been in dream form this year. He is the top scorer of ODI in 2021 with 586 runs. Although he didn’t score big runs so far in this series, he has got the starts. He would want to convert these start and score big in this final encounter. To win this series, Ireland would be hoping to get runs from their premier batsmen. The form he is in 2021, whether it’s ODI’s or PSL, he has scored everywhere. He is our top pick for batsman from Ireland.

After making his ODI debut in 2020 against Australia, he scored 1 century and 2 half-centuries in 5 innings. He has been unlucky not to play many matches because of the set opening combination of De Kock and Markram but he has scored in every opportunity he got. In this series, South Africa decided to rest De Kock, and Malan has made most of this opportunity. He scored a good 73 in 2nd Odi. He is our top batsman from South Africa Team.

Craig Young is the right-arm fast bowler, and he has picked 11 wickets in 2021 ODI’s with an impressive economy of 4.70. He relies on the swing, and the Dublin pitch is tailor-made for him. In 2nd Odi, he picked the crucial wicket of Markram. He knows how to exploit Irish pitches, and surely he is the biggest threat for South African batters in initial overs.

Kagiso Rabada is one of the most lethal bowlers in the world. 2021 has not been one of his best years. He averaged 39 with the bowl in ODI and looked off-color in  IPL also. In this series, he kind of coming back to his groove. He has picked 3 wickets from 2 matches and looked threatening. Since it is a must-win encounter for South Africa, he would want to take them home with his bowling. Kagiso Rabada is a proven player, and you can’t look beyond him as a top bowler. 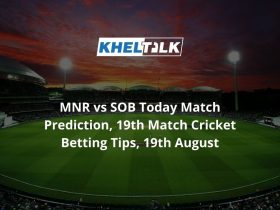 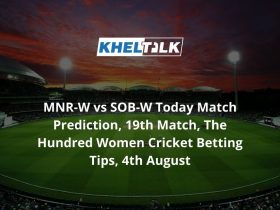 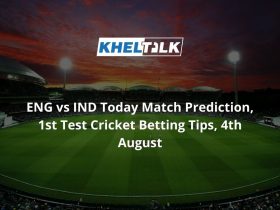