KhelTalk is the only destination that brings you the finest today’s match prediction that you can trust. We are here for WI vs Aus Today Match Prediction, 4th T20, Online Cricket Betting Tips, which will provide every user with a clear picture of which team and in what aspect they can place their bets.

Australia has already lost this T20 series, but there are many things to play for. Aussie batters have struggled against spin bowling. This series is crucial for Australia going to World Cup later this year. Their batting lineup is still under substantial question marks. These recent performances are a sign of worrying for Langer & co.

Going into this game, they will look to bat with more intent, as their skipper said in the last post-match interview. Despite going hard in the powerplay, they have struggled in the middle overs. In middle overs, they lost 38-7 wickets in the 1st T20 and 39-7 wickets in the 2nd T20, which clearly shows how fragile their middle order has been. In the last T20, there set batters even struggled to score runs in death overs, they managed to score only 17 runs in the last 3 overs.

Top Batsmen in this series From Australia

Top Bowler in this series From Australia

West Indies is looking dangerous at this moment. Going to the T20 world cup, they are clear favorites. Despite losing their skipper and star batsman Kieron Pollard, they have outclassed the Aussies in all departments. Nicholas Pooran has been brilliant with his captaincy. In 2nd T20, his idea to promote DJ Bravo in middle order was a masterstroke. Bravo scored the match-winning unbeaten knock of 47 runs at a tricky stage.

West Indian batting order looks settled, and the return to form of Shimron Hetmyer and Chris Gayle has made them impeccable. Before the last innings, Chris Gayle averaged only 12.71 with a 94 strike rate in 2021 T20I. The universe boss has returned to at his best with a knock of 67 in the last T20. A most positive sign for West Indies has been their spin department. They have completely kept Aussies batters under their shadow.

Top Batsmen in this series of West Indies

Top Bowler in this series of West Indies

There are chances of rain on the matchday, which can affect the captain’s choice at the toss. With DLS in mind, the captain might look to chase, and also, a strong wind would assist the fast bowlers in initial overs.

In the last 3 T20’s, we have seen there is something for bowlers upfront. We can expect the same again. In the previous match, Mitchell Starc got a very good bounce and seam from the pitch and only conceded 6 in 2 overs. But pitch will become slow as the game will go on, and we have seen in all T20’s so far. Spinners are key in the middle order. The team will look to make most of the powerplay as later on, it would difficult to score.

WI vs Aus– Who will win the match, Today Match Prediction:

West Indies is expected to win the match against Australia

KhelTalk experts feel that West Indies can again win against Australia. So far in this series, Australian batting has struggled. Only Mitchell Marsh looked comfortable against spin. The spin duo of Walsh and Allen have been fantastic, and their batting has looked settled and dangerous. Every role is defined by its players. As Australia looked in a mess, they still don’t their middle-order batsmen and finisher. Taking these stats and things into consideration, we think West Indies will again beat Australia.

Aussie skipper has looked out of touch in this series, and he has only scored 40 runs with a disastrous strike rate of 90. He has only scored one 50 in the last 11 T20 innings. Surely form of Aaron Finch is a problem for Australia going into the world cup. However, with 7 T20 games left going into the world cup, he can recapture his form back. Currently, he is 2nd ranked Top T20I batsman in the world cup, and he knows how to come back from a lousy period.

Chris Gayle in last T20 proved to everyone why he is called Universe Boss. He came into batting at a tricky stage after losing the first wicket in the first over, and he scored the match-winning 67 runs with 7 monstrous sixes. He knows when to up the tempo of the game and when to slow down things. He became the first cricketer to reach 14,000 runs in T20, which clearly shows why he is considered the GOAT of T20. The experience he possesses and returns to form make him a favorite of Top Batsman

Hayden Walsh has been fantastic for West Indies in this series. He has taken 8 wickets with an average of 8.75 at an economy of 5.83. Hayden Walsh can play a big part in their upcoming T20 World Cup campaign. Since switching alliance from the USA to West Indies after the record-breaking season of CPL 2019, he picked 22 wickets in just 9 matches. He has been brilliant in white-ball cricket for West Indies for some time. Even Phil Simmons, their head coach, praised him and said they would consider him for red-ball cricket now.

Mitchell Starc looked back to his rhythm in the last T20 match. He bowled record 17 dots ball in 4 overs, which he most in West Indies vs Australia matches. Even Chris Gayle couldn’t take down the Aussie speed star, and he only scored two runs in 11 balls, which he faced against Starc. The return of old Starc is a dangerous sign for batters. His trademark inswinging yorkers seem to come back. You can’t leave out Mitchell Starc when he is in form, and he is obvious to pick for everyone. 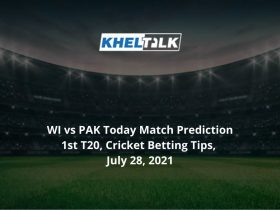 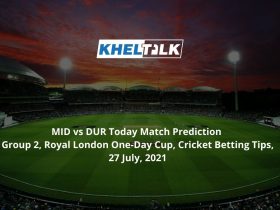 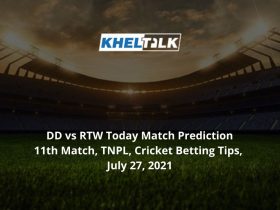 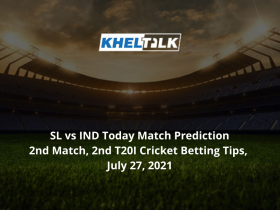