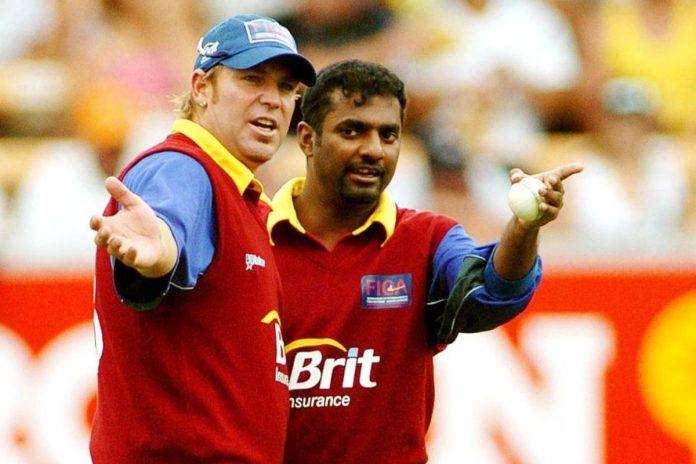 Being a spinner in the world of cricket is no easy task. One needs to dedicate hours of practice every day to learn the technique properly. But even after doing this, one would need to keep updating their technique and adding newer varieties to their spin bowling. There have been several big spinners and we have shortlisted the world’s best spinners ever in this article.

The best spinners in the world of cricket have always had different varieties in terms of their bowling. These legends have oftentimes spun the ball both ways and even have an odd quicker one to add to the mystery.

In this list, we will look at the top ten best spin bowlers in the world of cricket! So without any further ado, let’s dive down straight to it:

Here is the complete list of Worlds Best Spinner:

We start off the list with the best spin bowler in the world! Muttiah Muralitharan has done it all and won it all with Sri Lanka. Having started his career in 1992, he was a part of the Lankan side that won the 1996 World Cup!

From an individual standpoint, Muttiah Muralitharan is the highest wicket-taker in ODIs and Test Cricket. The spinner has 534 and 800 wickets respectively. Hence he is, without doubt, the best spin bowler in the world and arguably even the best bowler of all time.

The Late Shane Warne was another bowler who mesmerized the batsmen with his spin bowling. The Australian made his debut in 1992 and had since become one of the best spin bowlers of all time!

Shane Warne helped Australia win the World Cup in 1999 and has also been part of Ashes-winning Australian sides. When Warne retired, he was the highest wicket-taker in Test Cricket with 708 wickets. This was eventually broken by Muttiah Muralitharan himself.

Shane Warne’s untimely death in 2022 shook the world of cricket. It goes without saying that his presence would surely be missed on the cricket field.

At number three in our list of the best spin bowlers in the world is Anil Kumble. ‘Jumbo’ was by far the best spinner from India and this is shown by his impressive wickets tally in both Tests and ODIs.

Anil Kumble’s image of him playing against the West Indies with a broken Jaw in 2022 displayed the spinner’s grit and determination. Kumble rode off to the sunset in 2008 after captaining the Indian test team in a successful run!

The Pakistani spinner was arguably the best spin bowler from his country. The spinner rose to prominence quickly on the international stage, picking up 208 Test wickets and 288 ODI wickets.

Sadly injuries and a bad patch of form eventually ended his Pakistan career in 2004. One can only imagine what else the spinner could have conquered if he would have been able to continue for another 5-6 years.

Having started playing for England in 1947, Jim Laker was one of the greatest spin bowlers in cricket history. He took 193 wickets in just 46 test matches with a best of 10/53

Jim Laker’s biggest claim to fame was the fact that he picked up 19 wickets against Australia in a test match at the Old Trafford Cricket Stadium.

Ravichandran Ashwin is arguably the best spin bowler in the world currently. The Chennai-based spinner rose to fame by playing in the Indian Premier League for the Chennai Super Kings. Since then, Ashwin has become one of India’s best Test players of all time.

Ravichandran Ashwin has picked up 442 Test Wickets as of April 2022. He was also a fixture in the T20I and ODI teams for India. One of Ashwin’s greatest achievements was being part of the Indian side that won the 2011 World Cup!

Abdul Qadir was the spinner that the likes of Saqlain Mushtaq, Danish Kaneria, and the rest have looked up to. Born in 1955, Qadir represented his team in ODI and Test Cricket between 1977 and 1993.

The spinner took a total of 236 Test Wickets and 132 ODI wickets in his career. Abdul Qadir’s career-best test figures of 9/56 are still the best among the Pakistani bowlers.

One of the trendsetters in India, EAS Prasanna was one of the best spin bowlers in the world during his time. Having had an international career spanning 18 years, Prasanna played in the Test format for India.

The Bengaluru-based bowler was feared in the domestic and international circuit. He would also be a part of the famous Indian spin quartet from the 1970s.

Having made his debut in 1999, Rangana Herath had a career spanning around 20 years. This longevity made Herath one of the best spin bowlers in Sri Lanka and the World.

Rangana Herath finished his Test Career with 433 wickets in 93 Test Matches. Hence this made Herath the bowler to pick the most wickets by a left-hander in history. He has also taken a 5-wicket haul against every Test nation that he played against.

Coming in at number 10 on our left of the best spin bowlers in the world is Daniel Vettori. The New Zealander is arguably the best spinner from his country to date and his stats back this up as well.

Daniel Vettori represented his national team for around 18 years before announcing his retirement. Apart from playing in all three formats of the game, Vettori was also an able captain for his team during the period.