“I was complete down”: Sarfraz Khan Opens Up After India Team Snub 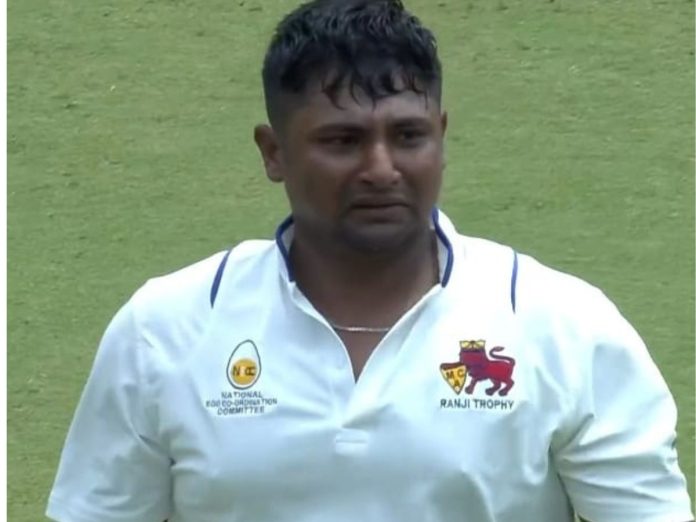 It is extremely hard to be Sarfraz Khan at this moment. The talented batter of Mumbai has been in the thick of runs for quite some time in the domestic first-class set-up of India. With staggering averages and consistent runs in the Ranji Trophy, an India Test call-up was on the cards for a very long time for the 25-year-old.

In a conversation with the IndianExpress, the aggressive middle-order batter opened up about his mental state post the snub from Team India’s squad for the first 2 Tests versus Australia, which will commence from 9th February 2023.

“I was down completely. It’s natural for anyone, especially once you have scored so many runs. I’m also human, not a machine. I too have emotions. I spoke to my father and he came to Delhi. I just had a practice session in Delhi with him. I have been getting messages and hearing that I should have been there. My father came and said our job is to score runs and he feels a day will come when I will play for India. So, we need to keep that belief and let destiny decide the rest,” said Sarfraz Khan.

Khan admitted to have being ‘sad’ after not seeing his name on the Twitter handle of the apex body of Indian cricket, the Board Of Control For Cricket In India (BCCI) when they announced the squad for the Australia home series (first 2 Tests).

“I was sad not to see the name. But it is not in my hands. I have been doing everything I can. Din ko din aur raat ko raat nahi samjha (I have been working day and night). I’m just practising day in and day out. When I was growing up, we at home felt was I going to find a place in the Mumbai Ranji team. Now, we are talking about when I will find a place in the Indian team. So I have progressed,” added Sarfraz Khan.

In 7 innings so far in the ongoing Ranji Trophy 2022-23 campaign, Sarfraz Khan has mustered 431 runs at an outstanding average of 107.75. He has 2 hundreds and 1 fifty under his belt. In the previous two editions of the premier red-ball domestic tournament of India, Khan amassed 982 and 928 runs respectively, with exceptional averages of 122.75 and 154.66.