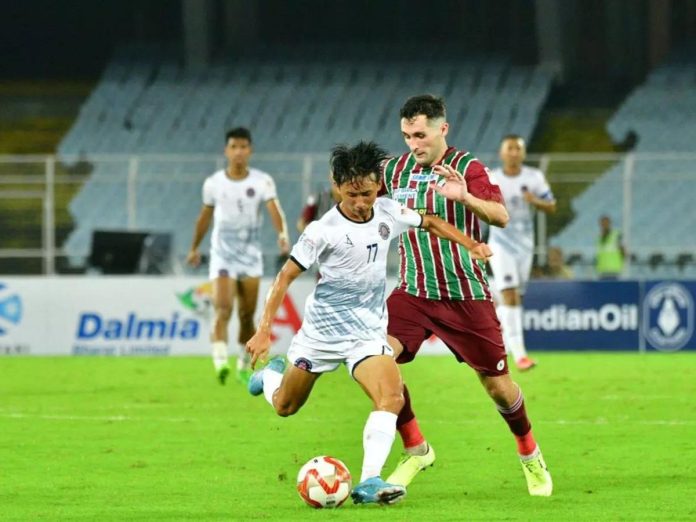 Table-toppers of the Indian Super League (ISL) 2022-23, Mumbai City FC signs a contract with young midfielder Gyamar Nikum. The deal has been signed for 5 years and this is a big moment for the 18-year-old Arunachal Pradesh-based footballer.

The former Rajasthan United player represented the team in 19 matches and netted 1 goal for them. In his youth career, Gyamar Nikum played for Arunachal Pradesh and Rajasthan United. The exciting prospect is a good addition to the ranks of the Islanders and the scouts have done well to secure his services.

At an age of 16 years and 359 days, Nikum became the first player from Arunachal Pradesh to play in the I-League Qualifiers.

Mumbai City FC presently is on a roll and is the only unbeaten team in ISL 2022-23. Des Buckingham’s men became the first team to qualify for the ISL 2022-23 playoffs and have their eyes firmly set on the ISL League Shield.