SL vs IND Live Streaming Details 3rd T20I– When and Where to Watch, TV Channels List, and Timings 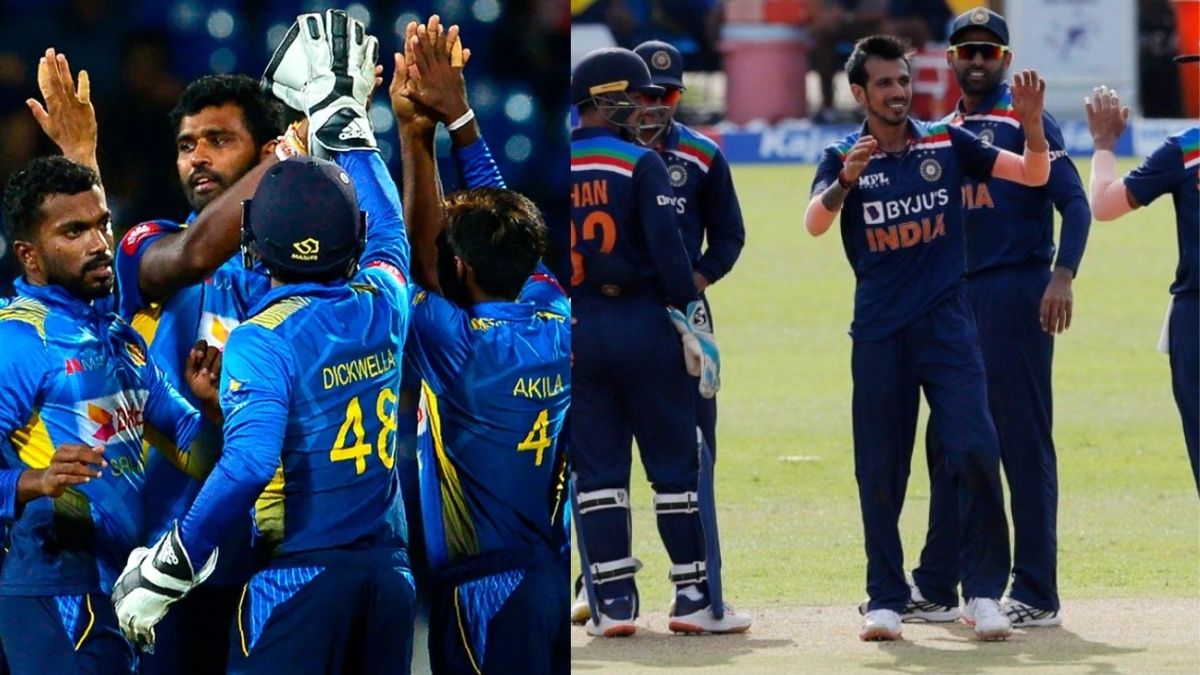 The last match of India’s tour of Sri Lanka will be played today at the same stadium where the three-match ODI series and the first T20I of the three-match T20I series are being played. India won the first match of the series comprehensively while the hosts, Sri Lanka, bounced back in the series to it make one all. Now both the teams will look to put another great show to grab the T20I series.

The series-deciding match will be played on 29th July 2021. India‘s batting wasn’t up to the mark in the last game. Now the visitors will need to solve their batting woes in the spin-friendly conditions of Colombo. But India’s problem is that they do not have many options as nine of the Indian players have been put in isolation as they were the close contact of Krunal Pandya.

Sri Lanka had caused a great upset, and they also dashed the hopes of the Indian fans who were thinking of winning the series by a 3-0 margin. The hosts batted well to chase the target down after failing to do the same in the first T20I match on Sunday. But before that, the bowlers delivered the punch, and they restricted the batting powerhouse nation, India, for just 132 runs inside their 20 overs.  The Lankan bowlers also did the same magic in the first T20I. All the Sri Lankan fans will expect a similar performance from them.

The men in blue wanted to bat first in the second game, maybe because they won the first game when they defend the target. But India missed the batting of Suryakumar Yadav, who held the innings together with Skipper Dhawan. So now Suryakumar, Hardik, Krunal Pandya, Ishan Kishan, Prithvi Shaw, Yuzvendra Chahal, Deepak Chachar, and two players will miss the last match on the Sri Lankan soil.

Ruturaj Gaikwad and Devdutt Paddikal were handed their debut caps. But Paddikal batted at number three instead of opening, which is his preferred position while batting. So India can open with Paddikal and Gaikwad in the last game and let Dahlan bat number three, where the skipper can control the innings just like SKY did in the first game. But India will have a problem here because these two are still inexperienced players at the international level.

Sanju Samson is another one who could open the innings. However, Samson, the talented player, hasn’t used his opportunities so far on this tour. He got a chance in the last ODI, where he also got to a start. But he didn’t convert them, and he repeated the same mistake in the last game also. Now in the series-deciding match, Samson is the player to watch out for.  He should contribute immensely to the team as this is the last T20I match for India before the World T20 starts in the UAE in October and November 2021.

Paddikal and Gaikwad will also look to get today, even though the wicket isn’t easy to bat. But both the youngsters have gained some experience to tackle to benefit the team. Dhawan got two good starts in the first two matches, and he looked good in both of them. But he will have to stay for the whole 20 overs because he is the most experienced batter in the team.

The Indian bowlers did a decent job of staying in the hunt. Kuldeep Yadav did well in the absence of his partner Chahal. But Navdeep Saini might miss the last match because he was injured yesterday. Ishan Porel or Arshdeep Singh might be seen in India’s T20I jersey. These two players were picked as the net bowlers, and because the main bowlers are not available, Singh or Porel can be selected in this match even though India is the favorite to win this contest. But it would be interesting to see how they tackle the spin of Sri Lanka, which might be the deciding factor of this series.

The hosts have the best chance to seal the series and end their losing streak against India in the shortest format. Sri Lanka has a poor record against India in all three games, and this series win will boost their confidence for the upcoming World T20 tournament. The Lankan Tigers need to look at a bigger picture and keep the ICC mega event in 2021 as their aim, and they should play this match as the final of WT20.

The Lankans did well in the last match as their batsmen stepped up in a crucial run chase to guide their team over the line. The bowling has been brilliant because it is not easy to restrict a batting powerhouse team like India for a modest total in two back-to-back matches. The spinners still hold the key for the hosts, and the pacers can be a valuable support for them. Sri Lanka needs to click all the boxes to win the series against a depleted Indian side.

The top order and the middle order need fire. Sri  Lanka has many all-rounders, and all have the talent to be the batting all-rounders of their team. Shanaka, Hasaranga, Karunaratne, and De Silva, the player of the match in the last game, are like gems and pearls in Sri Lankan cricket. The board needs to preserve them rightly. These four are the players to watch out for in the match today.

Even though Sri Lanka does not have any changes, they can still include Lakshan Sandakan in their playing XI against a problematic spin India. Sandakan can prove to be the X factor for the home team, which will be needed to clinch the series against India, who will be eyeing a  strong comeback after losing the last game and the pitch in Colombo to supports the spinners.

Cricket lovers and fans can watch the third and last T20 International match between India and Sri Lanka through the live streaming medium on Sony Liv, Disney Hotstar, JIO TV, Live Cricket TV, and Live Ten Sports Mobile applications. These mobile applications can be downloaded from the play store on mobile phones.

The third T20I match between India vs Sri Lanka will be brought Live on the Sony Six channel.

The Toss of the final T20I between India and Sri Lanka will take place at 7.30 PM IST.

The third and final T20 International match between India and Sri Lanka will start at 8 PM IST/ 2.30 GMT and 9.30 PM Local.

The last T20 international match between India and Sri Lanka will be played at Colombo’s R Premadasa Stadium.