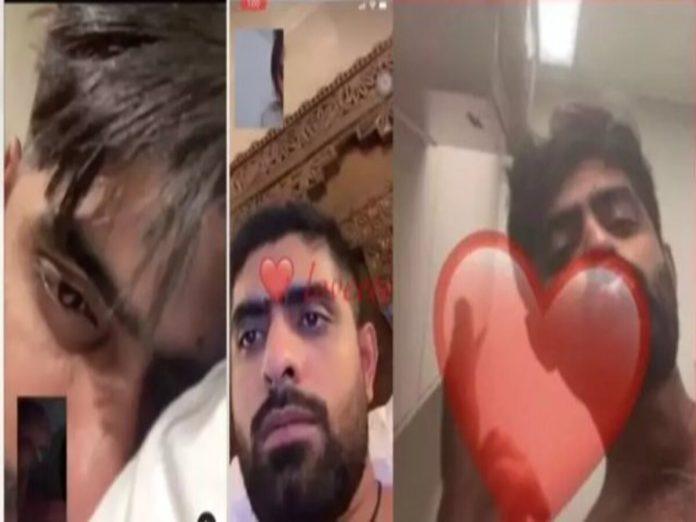 Online leaks included allegedly personal chat logs and videos of Babar Azam and a woman. Babar was accused of “sexting” the girlfriend of another Pakistan cricketer, promising her a spot in the Pakistani team provided they kept up the conversation.

The accusations’ credibility was in question, but the leaked screenshots stirred some controversy on social media. While many people thought the chat, videos, and audio files were authentic, others thought they were simply an effort to harm Babar Azam’s reputation.

Neither Babar nor the Pakistan Cricket Board has issued an official statement regarding the event, but the legendary right-handed hitter didn’t seem to be bothered by the uproar on social media.

The Pakistani skipper posted a picture of himself with a one-line caption on Twitter and Instagram, “Doesn’t take too much to be happy.”