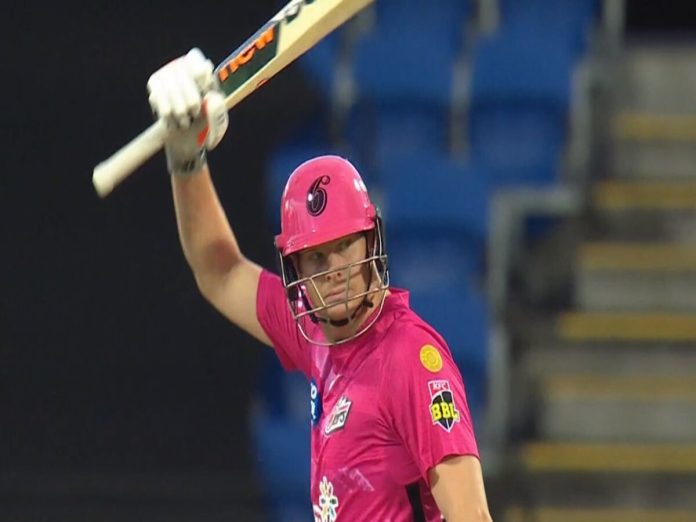 During the Big Bash League 2022–2023 season, Steve Smith is scorching. The former captain of Australia, who is not regarded as a T20 expert, is dealing with large scores.

He has now reached fifty for Sydney Sixers against Hobart Hurricanes in the third game after scoring two hundred in a row. Steve Smith scored 66 runs in just 33 balls, including four fours and six sixes, but he was bowled by Nathan Ellis for a full toss, preventing him from reaching his third consecutive century.

Earlier, the Hurricanes made a costly error when Smith was dropped in the fifth over off Riley Meredith and the ball was spilled over the line for six.

Despite only playing four games, Smith hit three fours and five sixes on his half-century to surpass Matt Short, who had 18 maximums, and go into first place for the tournament’s most sixes with 24.

The seventh-placed Hurricanes must win their next two games to have any chance of making the finals, while the second-placed Sixers are guaranteed to finish in the top two regardless of the outcome of their final regular-season game.