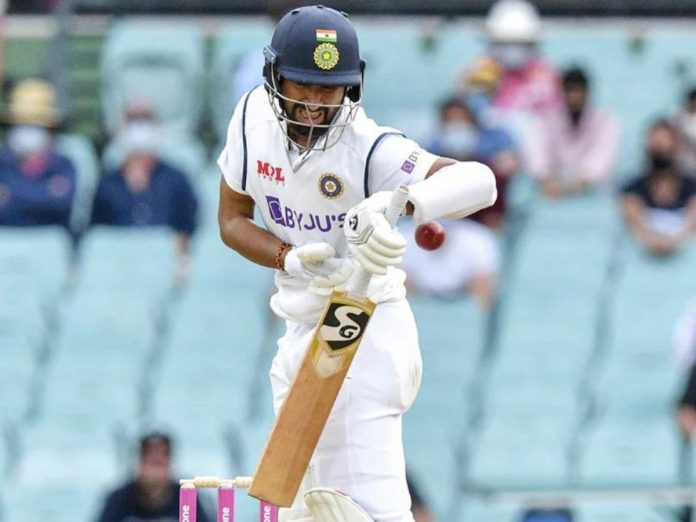 India’s most reliant batter in Test cricket, Cheteshwar Pujara is an absolute wall. His sterling defense and his unwavering patience, make him an asset to the Indian cricket team in the longest format. For several years, the batter hailing from Saurashtra has been India’smost trusted and dependable batter in the red-ball format.

Ahead of the high-octane Border-Gavaskar Test series between India and Australia in February, the 34-year-old is playing in the Ranji Trophy 2022-23 season for Saurashtra. The Ranji Trophy is India’s premier domestic red-ball tournament.

While speaking to ESPNcricinfo, Pujara named the toughest bowler he has faced in Test cricket so far.

“Pat Cummins would be the toughest bowler to face in cricket currently,” said Cheteshwar Pujara.

Pat Cummins is the captain of the Australian Test and ODI formats and is one of the best bowlers presently. He can send shivers down the spines of the opposition batters and has an impeccable bowling average in Tests. In 47 Test matches so far, the 29-year-old speedster has bagged 214 wickets and has a bowling average of 21.2.

Pujara and Cummins had locked horns with each other a lot of times and most recently in the last Border-Gavaskar series which was quite historical for India. India under the leadership of Ajinkya Rahane, can fight against all odds valiantly and had won the Test series against Australia 2-1. India was marred with several injuries but that didn’t stop them from winning the Test match.

India vs Australia Test series is scheduled to commence on 9th February 2023. Nagpur will be hosting the 1st Test match between the two sides.

Schedule of IND vs AUS

Also read: IND vs AUS: 3 Reasons Why Virat Kohli Can Get His 1st Test Century Since 2019