“I Want Him Sitting Next To Me In The Dugout,” Ricky Ponting Confirms The Delhi Capitals’ Search for a Pant Replacement 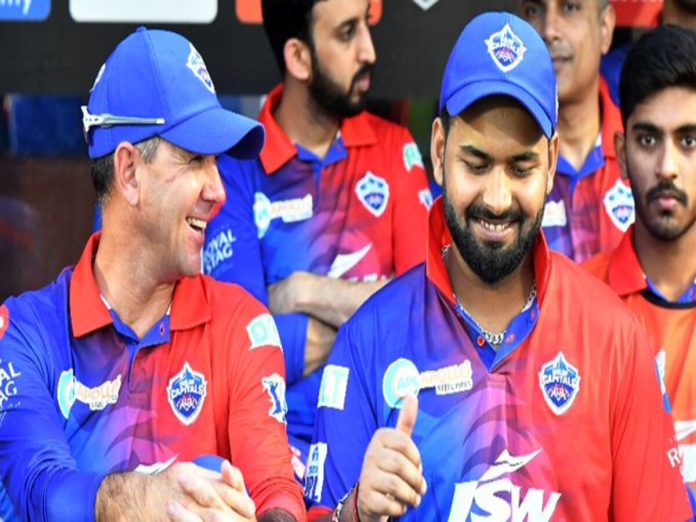 Rishabh Pant, the flamboyant wicketkeeper-batsman for the Indian Cricket Team, was seriously injured on December 30 after his car collided with a divider. Due to a knee injury, Pant is likely to rule out for the entire year 2023.

The Indian Cricket Team has suffered a severe setback because several big tournaments are scheduled, especially the 2023 World Cup, which India hasn’t won since 2011. The BCCI faces a difficult problem in selecting a successor because the Australia Test Series is slated for February and the batsman had a valuable grip on the game.

According to recent media reports, Pant is recovering well and is anticipated to eventually make a comeback on the field. Pant’s return to cricket is still not certain when it will happen.

Pant, the captain of the Delhi Capitals, is extremely unlikely to play for Ponting’s team in 2023, as the head coach is already considering alternatives to replace his best player.

I absolutely love the bloke

Following the incident involving the India international, Ricky Ponting acknowledged his admiration for Rishabh Pant and claimed that the massively popular player will join him in the dugout for the Indian Premier League’s Delhi Capitals (IPL).

When asked about Rishabh Pant while Ricky Ponting was having an interaction with ICC, he said, “I absolutely love the bloke, I told him that on the phone the last couple of days.

“It was a horrifying time, a really scary time for everybody, let alone him. Anyone that knows him loves him – he’s a really infectious young guy that has the world at his feet still. So we will keep our fingers crossed and hope that he can get back to playing sooner rather than later,” added Ricky Ponting.

When asked about Pant’s participation in IPL 2023, right away, Ricky Ponting stated that the team is looking for options and that he wouldn’t mind having Rishabh Pant in the dugout.

“You can’t replace those guys, simple as that, They don’t grow on trees, players like that. We’ve got to look at – and we already are – a replacement to come into the squad, a wicketkeeper-batsman,” said Ricky Ponting.

“I want him sitting beside me in the dugout every day of the week”. “If he’s actually not physically fit enough to play, we’d still love to have him around, He’s the sort of cultural leader around the group, being the captain, and that attitude and infectious smile and laugh he has is what we all love so much about him.

If he’s actually able to travel and be around the team, then I want him sitting beside me in the dugout every day of the week,” he added.

Probable options for DC in IPL 2023

Sourav Ganguly, the director of cricket for Delhi Capitals, earlier, ruled out Pant’s participation in the IPL in 2023. Although there hasn’t been an official announcement yet, DC is looking into new captains and wicketkeepers, with David Warner apparently being contacted for the former position.

In addition to the effective Sarfaraz Ahmed, the Capitals also have an IPL 2023 mini-auction purchase of Phil Salt as a potential wicketkeeper.