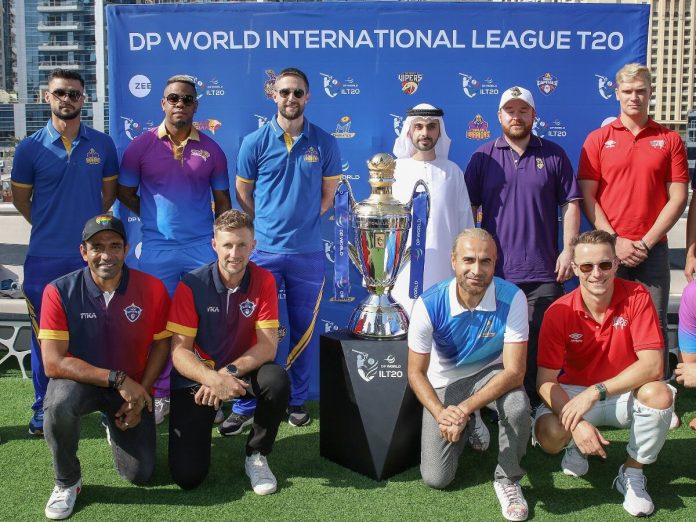 On January 13 (Friday), Dubai Capitals and Abu Dhabi Knight Riders will face off at the Dubai International Cricket Stadium to begin the first season of the International League T20. The new T20 competition also includes MI Emirates, Gulf Giants, Sharjah Warriors, and Dessert Vipers in addition to these two teams.

The ILT20 2023 league consists of a total of 6 teams. They are the Sharjah Warriors, Gulf Giants, MI Emirates, Abu Dhabi Knight Riders, and Desert Vipers. Before the Playoffs begin, each team will compete in five home games and five away games in a total of 34 matches across six locations in the United Arab Emirates (UAE). On February 12, Dubai will host the competition’s final.

Some big players like Andre Russell, Jonny Bairstow, Chris Jordan, and Robin Uthappa will be featured in ILT20. Know the complete details on ILT20 full squads, captains, coaches, and other details.

The matches can be watched live on Zee5, which is the tournament’s official streaming partner.