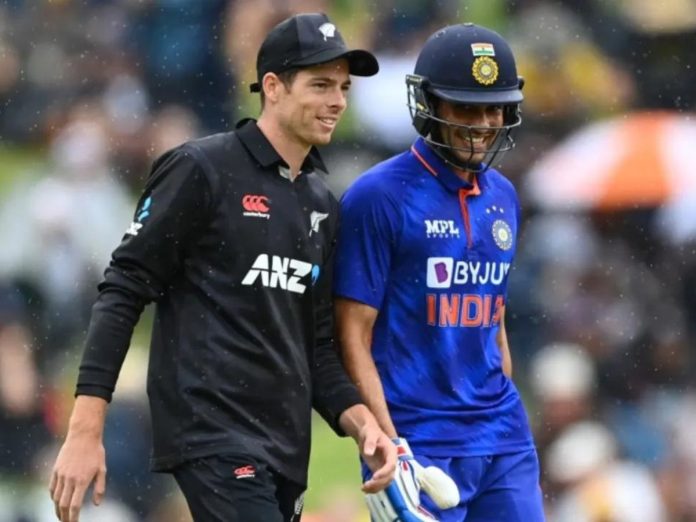 After a successful 3-0 drubbing of Sri Lanka, India’s next assignment entails an ODI and a T20I series against New Zealand. The Men in Blue most recently lost their last ODI series against the Kiwis and would be keen on avenging that loss that came towards the end of 2022.

With the ICC ODI World Cup 2023 just a few months away, India would be looking to try out various combinations and fixate on a playing XI. Virat Kohli and Mohammad Siraj were the biggest positives out of the recently-concluded ODI series against Sri Lanka and they would be looking to continue their good form.

New Zealand on the other hand too is in good form. They are coming on the back of a 2-1 win against Pakistan in Pakistan itself and would be drawing confidence from it.

In this article, we take a look at 5 key players to watch out for in the 1st ODI that is scheduled to be played tomorrow:

An undisputed monarch of ODI cricket, Virat Kohli has 3 ODI centuries in his last 4 ODI matches. He is in red-hot form and would be key to India’s performances against New Zealand in this 3-match ODI series. Coming in at number 3, Kohli provides a lot of stability and is a pivot around which the entire team revolves.

The skipper of New Zealand, Kane Williamson finished the ODI series against Pakistan as the second-highest run-getter. He peaked at the right time and would be a vital cog in the Kiwi team. Williamson mustered 164 runs in 3 matches and had a stupendous average of 54.67. New Zealand would be reliant on their skipper and their most decorated batter.

Spinners play an instrumental role in India in the spin-friendly conditions and New Zealand would be banking on their premier white-ball spinner, Ish Sodhi. The leg-spinner bagged 13 wickets in the previous series against Pakistan in just 2 matches and had an outstanding average of 25.15.

The young Shubman Gill reposed the faith of skipper Rohit Sharma when he decided to given Gill a chance ahead of the in-form Ishan Kishan. Gill played supremely well in the series against Sri Lanka and also notched up a century in the final ODI. He will be a key player to watch out for.

From being a Test specialist bowler to being an all-format bowler, Mohammad Siraj has had a remarkable journey. His grit and determination are remarkable. Siraj was breathing fire with the white-cherry in the series against Sri Lanka. The bowler from Hyderabad finished the series as the highest wicket-taker, having picked up 9 wickets.

Also read: IND vs AUS: 3 Reasons Why Virat Kohli Can Get His 1st Test Century Since 2019