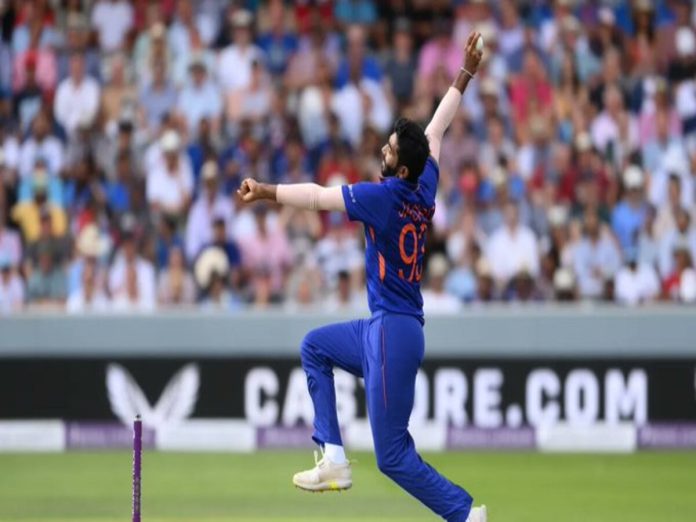 The talismanic star bowler of India, Jasprit Bumrah, has been declared formally ineligible for the ODI series against Sri Lanka, which begins on January 10. The Indian pacer returned to the Indian side after a protracted absence owing to injury, but Bumrah will miss the three one-day matches due to upcoming important tasks.

Bumrah won’t play in the 50-over series, the BCCI announced on Monday (January 9), since he needs more time to improve his bowling endurance.

Additionally, Bumrah’s replacement in the series has not yet been announced. According to earlier reports, Bumrah has been excluded from the series to give him more time to get fully healthy. Bumrah reportedly skipped the trip to Guwahati, where India will play Sri Lanka in the first One Day International.

“Team India pacer Jasprit Bumrah has been ruled out of the upcoming 3-match ODI series against Sri Lanka. Bumrah, who was set to join the team in Guwahati ahead of the ODI series, will need some more time to build bowling resilience. This decision has been taken as a precautionary measure,” BCCI’s official release said.

“The All-India Senior Selection Committee has not named any replacement for Jasprit Bumrah,” it added.

Bumrah is struggling with injuries

After being declared healthy, Bumrah was added to the ODI series early on January 3. The pacer was selected by the All-India Senior Selection Committee for the ODI team. Notably, Bumrah has recently been hampered by ailments. Due to a back ailment last year, he was forced to miss both the Asia Cup and the T20 World Cup.

During an ODI match for India’s tour of England, Bumrah sustained a back injury. The first one-day international (ODI) between India and Sri Lanka is scheduled to start on January 10 in Guwahati.