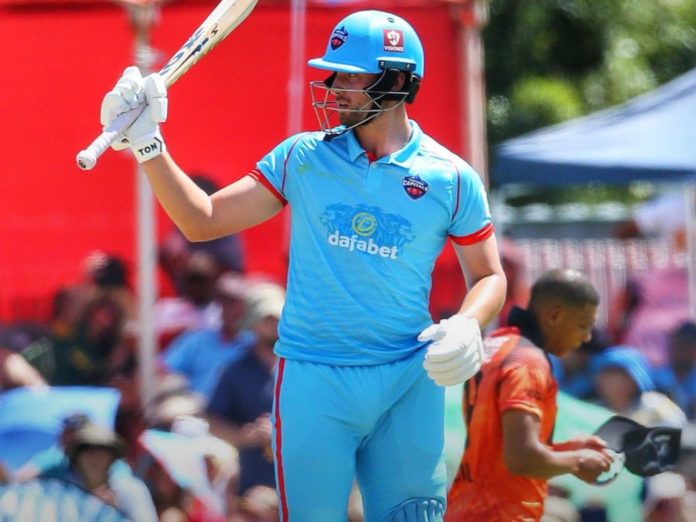 Since the Royal Challengers Bangalore (RCB) franchise had a pretty much settled and balanced unit heading into the Indian Premier League (IPL) 2023 auction, they weren’t the most buzzing team in the auction room in Kochi.

Their most notable buy was English all-rounder Will Jacks, who is a formidable addition to the ranks of RCB, who will be hunting for their maiden IPL title.

Will Jacks was bought for Rs. 3.2 crores by RCB and will be plying his trade for Faf Du Plessis’s RCB in IPL 2023. Jacks have played T20 franchise cricket all across the globe and are a potent addition to the RCB team.

With the likes of Virat Kohli, Faf Du Plessis, Glenn Maxwell, and Dinesh Karthik to watch out for, Jacks can be a surprise package.

Maxwell suffered a freak leg injury post the ICC T20 World Cup 2022 and went through surgery. If by any chance he isn’t fit, Jacks can be the ideal replacement for Maxwell’s role in the team.

In this article, we take a look at 3 reasons why Will Jacks can be a game-changer for RCB this year:

1. Will Jacks has steely wrists

The wrists of Will Jacks are extremely strong and this works in favor of the hard-hitting batter.

His strong wrists allow him a lot of flexibility and he can play shots all across the park. Be it on the off-side or on-side, we have often seen Will Jacks smear the opposition bowlers with absolute disdain.

2. He is a quality all-rounder

If Maxwell isn’t fully fit on time, Will Jacks can don the role of Glenn Maxwell in the RCB team.

In 2021 in a match versus Middlesex in the T20 Vitality Blast, Jacks smashed a quickfire knock of 70 runs off just 24 balls while playing for Surrey.

3. Jacks has truckloads of experience in the T20 circuit

The England-based all-rounder has played several T20 franchise leagues across the globe and is widely experienced. Jacks have played in Australia for Hobart Hurricanes, and in the Hundred for the Oval Invincibles.

The 24-year-old cricketer has also played in Bangladesh for Chattogram Challengers and in Pakistan for the Islamabad United team. In the ongoing SA20 League, he is playing for Pretoria Capitals.