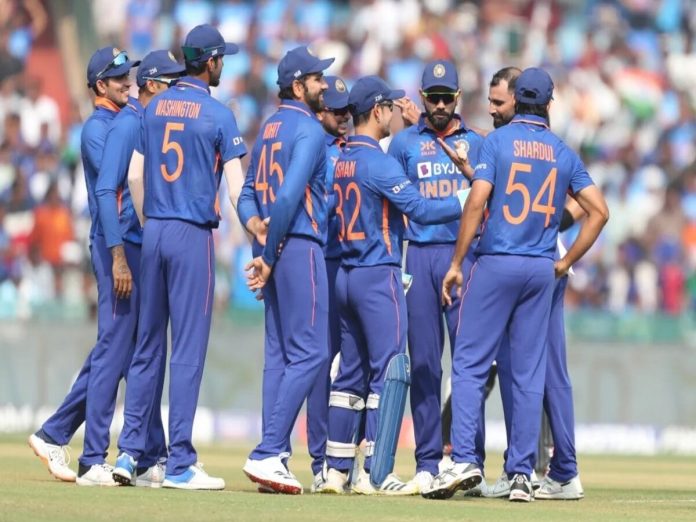 Ramiz Raja praised Team India after they defeated New Zealand in a series on January 21 in Raipur. The former Pakistani cricketer thinks Pakistan should see how India rules in their own area. Since the 2019 World Cup, the Men in Blue have won 15 out of 19 ODIs at home, earning the veteran’s praise.

After Rohit Sharma and co. defeated New Zealand by eight wickets in the second One-Day International to take a dominating 2-0 lead in the three-match series, Ramiz Raja made his remark.

Something to learn from India

Speaking on his YouTube channel on Saturday, Ramiz Raja said:

“It’s tough to beat India in India. This is something to learn for other sub-continent teams, including Pakistan. It’s because Pakistan have enough potential, but the home performance in terms of results or series wins is not as consistent as Team India. This is an important milestone for India in the World Cup year.”

Unlike India, Pakistan has failed to put on a good display at home. A recent ODI series against New Zealand was lost by the Babar Azam-led team, and they also came up short in a home Test match.

While Pakistan lost the three-match series versus England by a score of 0-3, they were unable to defeat New Zealand in either of the two Test matches, and the series finished in a draw.

Ramiz Raja praised the Indian speedsters for their outstanding exploits against New Zealand in his further remarks. He also commended Rohit Sharma, the captain of India, for setting up the appropriate field for his bowlers.

He said, “New Zealand are not a bad team. They are the top-ranked side. They lost in their own game because there was no confidence, reliability and rhythm in batting.”

“India speedsters might not have much pace, but there was quality. They have developed a habit of bowling in certain areas. Field adjustments were as per seam positioning. They created pressure with slips that were outstanding to watch. A complete performance. Spin also came and bowled well,” Raja added.

Ramiz Raja lauded both the Indian team and Shubman Gill, India’s most recent double-centurion. The 23-year-old cricketer became the fifth hitter in Indian history and the youngest ever to record a double hundred in ODIs. In the current New Zealand series, Gill is opening alongside Rohit Sharma.

Comparing the youngster with the Indian skipper, Raja added, “Shubman Gill looks like a mini-Rohit Sharma. He has extra time and looks good. He has enough potential. Aggression will also develop with time. He doesn’t need to change anything. He scored a double hundred recently.”