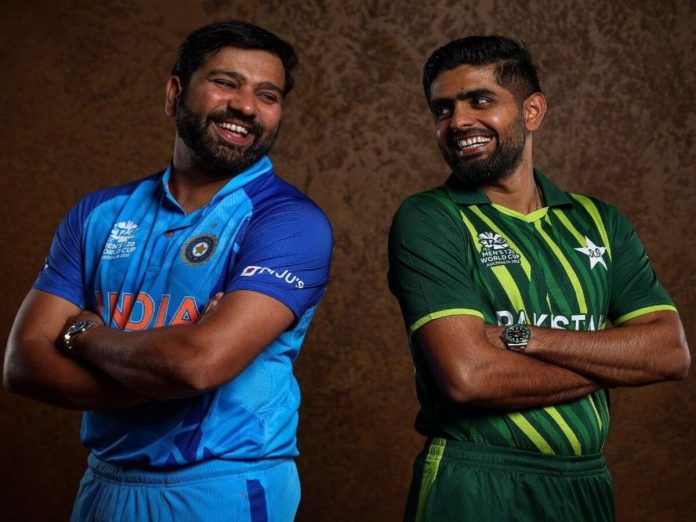 In every tournament, the ICC arranges at least one India-Pakistan match. In addition, these two bitter rivals will square off in the 2024 T20 World Cup. West Indies and the United States will share hosting duties for this World Cup.

Given the strong support, both teams enjoy in the USA, India, and Pakistan’s match at the following World T20 is likely to be played there. Atul Rai, the president of USA Cricket, also disclosed that ICC inspections took place at a number of locations across the country, including Los Angeles.

“Preferably it will be held in the USA considering that India’s T20 games against West Indies in Florida were a complete sell-out,” Atul Rai was quoted saying to PTI in an interview.

The West Indies and the United States of America were chosen as the co-hosts for the ICC World T20 2024, which is expected to be the first major tournament to be held on American soil.

With the news comes the potential for a high-stakes clash between India and Pakistan to take place in the third-most populous nation in the world. The International Cricket Council has not yet revealed how the Caribbean group of islands and the USA would be split up into matches, but the head of the American cricket team is confident that they will host the eagerly awaited India-Pakistan match in their nation.

Inspections by the international cricketing body have already taken place in cities like Los Angeles, Dallas, San Francisco, and Oakland.

“The ICC events team headed by Chris Tetley had travelled up and down back in May when they inspected a lot of grounds across various cities. A few weeks back (December), they again came back and narrowed their search. The ICC wants to give us at least 18 months’ time to get all the venues ready and functional for a global event. During the last inspection, they checked out the Oaklands Coliseum in San Francisco and a ground in Los Angeles (Woodley Cricket Field). They also looked at grounds in Dallas and Texas,” Rai added.

Baseball is the most common sport played in American stadiums, which results in smaller dimensions and seating capacity. Rai, though, cleared up any concerns by highlighting prior cricket-related events in the nation.

“If we look at the ground in Los Angeles, India A had travelled here to play five games against Australia. It’s a proper cricket ground with big boundaries and also spectator capacity is pretty good,” Rai stated.

New York has huge population that follows the sport

Rai addressed the potential for holding the meeting in the nation’s most populous city, New York, and provided his thoughts on possible encounter timings considering the time zone difference with the Asian subcontinent.

“New York is also a possibility as there is a huge population that follows the sport. Two decades back, the then Mayor of NYC had claimed that one out of every eight New Yorkers is connected to cricket. The temporary galleries if it is held in any of the New York City grounds will be built in maximum two weeks. In New York, all grounds have turf pitches,” Rai explained.

“If matches are held on West Coast then they will probably start evening local time and air early morning in India. If it’s east coast then it could be evening India time and morning local time. ICC will have a final call although they would take our inputs,” he concluded on the matter.

Why India-Pak match only in America?

The ICC tournament committee has made two visits to various American cities. The match is being hosted by the United States, which has a sizable Indian and Pakistani population.

The ICC’s efforts to popularise cricket in America are another factor in this. Popular sports nowadays include baseball, basketball, and soccer.

There is a well-known rivalry between India and Pakistan. The last ten years have seen no bilateral series between the two sides. Due to this, ICC schedules games between these two teams during every competition. This match typically occurs in the opening rounds of the competition. This raises the level of competition. In such a scenario, the ICC and the host nation profit greatly from tickets, sponsors, etc.