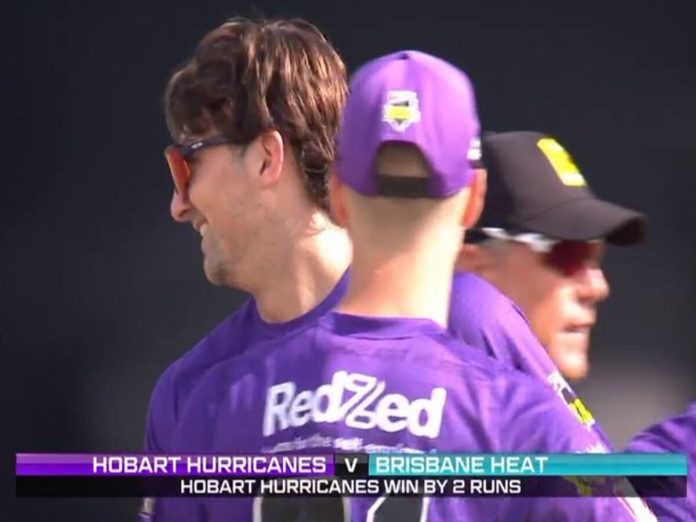 With Tim David bowling a superb final over to keep the Hurricanes’ hopes of making it to the finals alive, the Heat have completely botched their run chase. The last over’s 10 runs were defended by Tim David.

In response to the Hobart Hurricanes‘ 9-120 in Launceston, the Heat only managed 8-118 from 20 overs; David’s run out in the final over helped seal the victory in a match that Brisbane never should have lost.

After being sent in by the Heat in Launceston, the Hurricanes made 9-120 from 20 overs, with Mac Wright leading the way with a run-a-ball 56 in a lone hand for the hosts. Wright, who was only playing in his first game of the year, hit four fours and a six in his Fifty while Michael Neser went 4-35 for the Heat.

The Heat had everything on a platter with 121 to chase, were cruising along at 102 for 4 after 16 overs, needed 19 from the final 4 overs, two of which were power surge overs, and completely botched the situation.