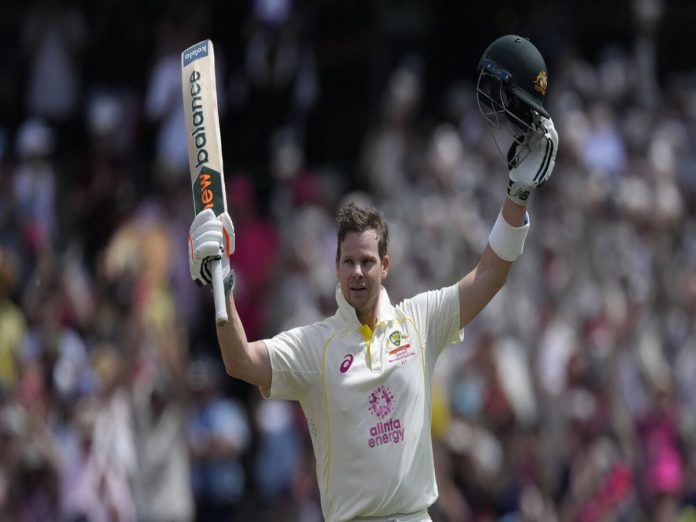 In the current three-match Test series against South Africa, Australia is already guaranteed to win the series. However, the hosts are keen to sweep the series, and star batsmen Steve Smith and Usman Khawaja helped them take a significant leap in that direction on Thursday.

On a relatively batter-friendly track at the Sydney Cricket Ground, both batters struck hundreds with their 209-run stand for the third wicket.

With a magnificent pull shot off Anrich Nortje to the boundary lines to claim a hundred off 190 balls, Smith overtook Bradman’s 29 Test hundreds. He was out two balls later on 104 when he mistakenly chipped back a catch to Keshav Maharaj for the left-arm spinner’s maiden series wicket.

He had just passed the legendary Don Bradman in terms of tonnes in the longest format with his 30th Test century. Together with former opener Matthew Hayden, he is now Australia’s joint third-highest century scorer in Test matches.

The only player still playing regularly with 30 Test hundreds is Smith. Kane Williamson (25), Joe Root (28), Virat Kohli (27), and David Warner (25), are all behind him. He is the 15th player in the game’s history to attain 30 Test centuries overall. With 51 hundred, legend Sachin Tendulkar tops the list.