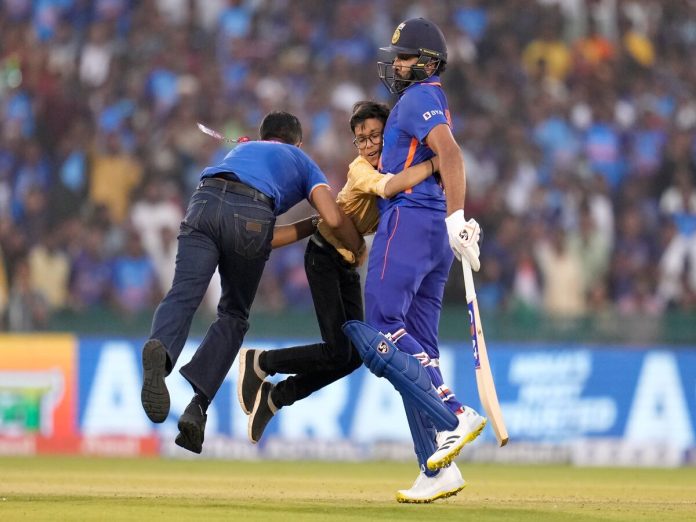 On Saturday, during the second ODI between India and New Zealand, a young fan managed to get past the security barrier at the Shaheed Veer Narayan Singh International Stadium to see his hero Rohit Sharma. When Rohit was batting on 37*, the small boy approached him and hugged him.

The incident happened in the Indian batting innings’ tenth over. At the Shaheed Veer Narayan Singh International Stadium, four balls had been thrown, and Rohit Sharma was about to take the guard to receive bowler Blair Tickner’s ensuing delivery when a young kid unexpectedly burst onto the field.

The fan just gave Rohit a brief hug before the security chased him and attempted to pull the lad away from the Indian captain as he was still hugging the fan and about to fall. He kept his balance, though, and the supporter led away from the field.

As they attempt to reach a small target of 109 in 50 overs, Rohit and Gill are in the midst of a strong opening stand.