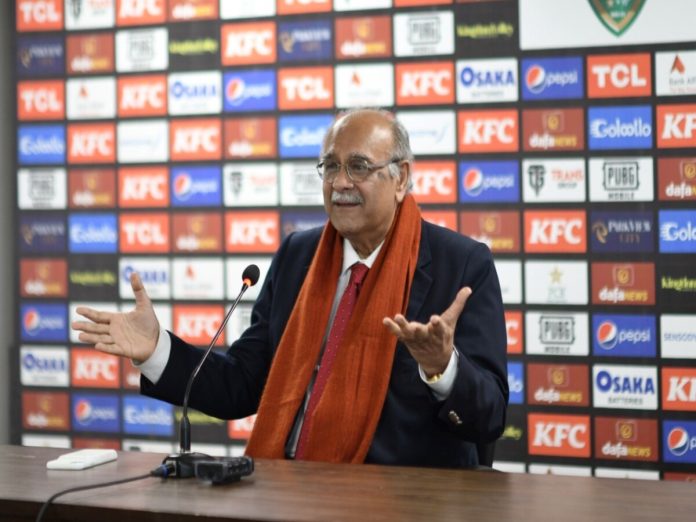 Najam Sethi, the newly appointed chief of the Pakistan Cricket Board, claims that Jay Shah, the secretary of the Board of Control for Cricket in India (BCCI), refused their requests to speak.

Sethi, who is serving in his second term as PCB head, found Shah’s revelation amusing since, despite the fact that the dates and venue of the 2023 Asia Cup have not yet been made public, PCB was not contacted when it came to the event’s scheduling.

In response, ACC has released a statement claiming Sethi’s claims are baseless and describing how the calendar was first authorized by ACC’s Finance & Marketing Committee and Development Committee before being mailed to all participating members, including PCB, on December 13 of the last year.

Now, PCB Chief claim that following his appointment, PCB made a significant effort to establish a relationship with the BCCI secretary. He did, however, claim that they never heard back from them regarding their emails.

We have tried from our end two-three times

Speaking to Sports Today in an exclusive interview, Sethi said:

“We have tried from our end two-three times. Our ex-CEO, Faisal Hasnain, has sent emails. I thought if he [Jay Shah] is in Dubai then I will pay him a visit there. But it’s sad to see that there hasn’t been any response from him. After sending 2-3 emails we deserve a courtesy response. I would like to meet my younger colleague. I had some good friendships with Mr Anurag Thakur and many other BCCI officials.”

Not disappointed but am amused

He also expressed his disappointment at PCB being ignored for the tour’s scheduling. Sethi stated:

“I am not disappointed but am amused. I wonder why this was needed when you could consult us through one telephonic call. To unilaterally do such things isn’t great when you have a whole council. To my knowledge, nobody was consulted and everything was decided by him.”

Why a neutral venue?

The Asia Cup 2023 will be held at a neutral venue, according to Jay Shah’s announcement in October 2022 that the Indian squad will not visit Pakistan for the tournament.

The 2023 ICC World Cup, which is slated to be held in India, was threatened with a boycott by the then-PCB chairman Ramiz Raja. Sethi repeated his predecessor’s remarks and ruled out the possibility of holding the tournament in a neutral venue.

“We will cross that bridge when we come to it. We will consult the government. If the government says it’s ok, then ok. If they say it’s no then no. Why a neutral country? If we want to play the World Cup then let’s go and play in Australia.”