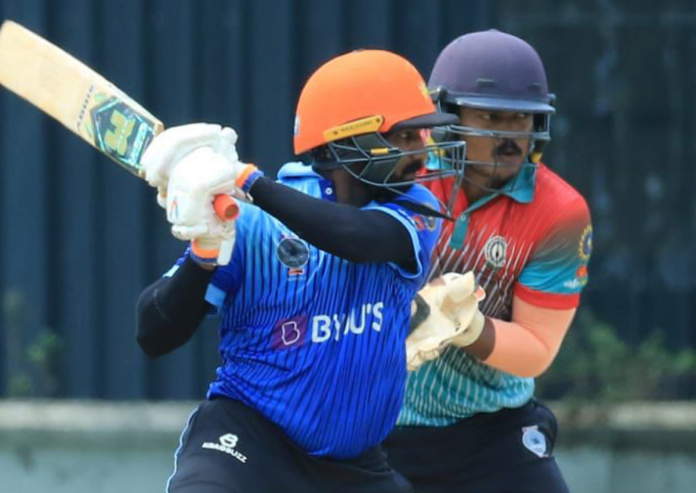 ACC will meet BKK for the second time in the tournament. The first encounter between the two sides resulted in ACC’s favor as they went on to register a win by 10 runs. ACC sits at the 2nd spot of Group B with two wins in four games while BKK has the same stats and sits at the 3rd spot.

The surface at the Sanatana Dharma College Ground in Alappuzha is conducive to batting. However, there could be some turn available for the spinners. The pacers might also be able to move the new ball around a bit. The average first innings score on this wicket is 146 runs.

There are heavy chances of rain in Alappuzha on Saturday. The temperature will be around 27°C for most of the day and the chances of precipitation are around 70%.

Athreya Cricket Club boasts a decent combination of youth and experience. They will be be backed by their last win against BKK. Mohammed Anas, Aditya Krishnan, and Joffin Jose are some of the major players for ACC.

BK-55 finished sixth in the previous season of the KCA Club Championship T20 after winning two of their four games. MN Neeraj Kumar, Omar Abubacker, and Salman Nizar are key players for BK-55.

Dheeraj Prem is an excellent choice for the wicketkeeper. In 40 games, he has scored 1028 runs at a 29.37 average. His side expects him to play an important role in this match.

Akshay Chandran is a fantastic all-rounder who can contribute with both the bat and the ball. In 14 games, he has taken 23 wickets at an average of 12.13 and scored 326 runs.

Varun Nayanar has a lot of expertise with the shorter format. In 16 games, he has scored 749 runs at an average of 53.50 and scalped 8 wickets.

Who Will Win Today Between ACC vs BKK Dream11 Prediction, Match 27?

According to Kheltalk’s astrology ACC vs BKK Dream11 Prediction, ACC is expected to win this match. They defeated BK-55 in their last encounter. On the other hand, BK-55 need to find a way to tackle Atif Bin Ashraf who proved to be their doom in the last match bagging four scalps.

According to Kheltalk’s ACC vs BKK Dream11 toss prediction, ACC is likely to bat first winning the toss. While ACC has an immaculately balanced team, BK-55’s batting lacks the edge while chasing.