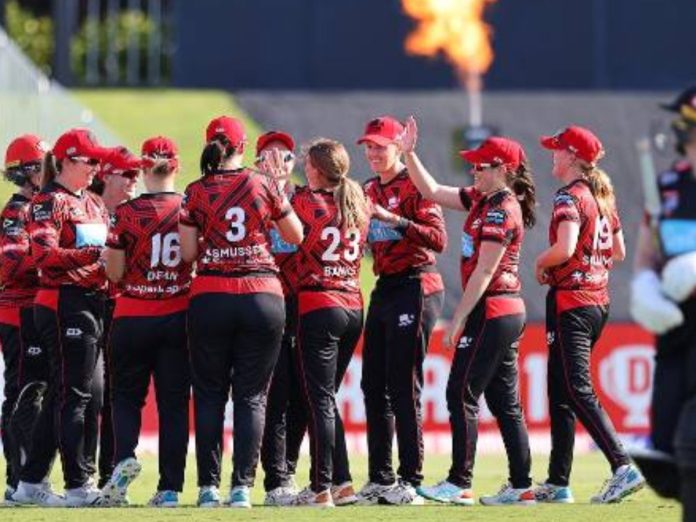 The surface at Christchurch will support both batsmen as well as bowlers. The first-inning score at this venue is around 137. The team bowling first has won more games here. The venue is suited for both Pacers and Spinners alike.

The weather will be cloudy throughout the game, helping out the bowlers. According to the forecast, the temperature will be around 19 to 20 degrees Celcius. There is a good chance of showers.

Eimear Richardson will be keen to lead the team from the front in the absence of several star players. Richardson managed only 3 runs in the last meeting between these two teams and she will look to change things around here.

Sam Barriball is one of the leading run-scorers in the tournament. The Northern Brave player scored 32 runs against Magicians recently. One can expect her to have a blast here.

Lucy Boucher is back on the team after missing recent games due to an injury. The pacer is the one to watch out for here. She grabbed two wickets in the last encounter between these two teams.

Amy Satterthwaite is the leading run-scorer for Canterbury Magicians. The veteran all-rounder is in excellent form at the moment and even scored a half-century in her last game.

Kate Anderson is expected to give Magicians a good start in this game. The former Northern Brave player is expected to dominate her old team. In their last meeting, she smashed 25-ball 34 against them.

Who Will Win Today Between CM-W vs NB-W Dream11 Prediction, Today’s match?

According to Kheltalk’s astrology CM-W vs NB-W Dream11 match Prediction, Canterbury Magicians will begin this contest as favorites. They look in great touch and have won most of their games so far. Amy Satterthwaite is the player to watch out for once again. The team is expected to outplay the opposition.

According to Kheltalk’s CM-W vs NB-W Dream11 toss prediction, Northern Brave is likely to bowl first in this game. The chasing teams have won more games here and one can expect something similar in this game as well.