Germany returns to international cricket and they will take on France here. The team is on a roll at the moment and had trashed Austria in their last series with the skipper Anuradha leading from the front. She ended up picking four wickets in four balls in one of the matches.

Krefeld recently hosted the ECS T10 tournament and going by what we have seen there, most of the matches went to the team batting second. The pitch was moderate and there was something for both batters and the pacers. The average first innings score at that venue was 81.

Rain is on cards on Thursday in Krefeld. According to the forecast, there will be scattered thunderstorms and there is 70 percent chance that the rain might impact the result. The temperature will be around 20 degrees Celcius for the whole day.

The team has named a strong squad and has named a couple of wicket-keepers who are likely to feature in this contest. That being said, the whole focus will be on the skipper Anuradha who made heads turn in the last series. Also, the team has won nine matches in a row so far and will be aiming higher.

Most of the players here are comparatively young and new faces and it will be interesting to see how they go here. The skipper Brelivet will hold the key and will lead the team from the front. Jennifer King and Thea Graham will take care of the batting and bowling here.

Anuradha will lead the team from the front here. She was the player of the series in the last international assignment for Germany. She ended up picking wickets on all occasions including four wickets in four deliveries, which is still a record. She is also very useful with the bat.

Tina Gough will hold the key when it comes to batting. She is the first German player to smash a ton and will be keen to continue the same form here. She has a good strike rate when it comes to T20Is and is the trump card pick for the game.

Renolds is yet another star player from Germany who has a lot of runs under her belt. She will be the player to watch out for here. She has vast experience and was the leading run-scorer for her side in the recently concluded domestic series.

Jennifer King will lead the batting attack for France here. A lot depends on her performance in the team as they take on one of the most balanced teams in the world among associate teams. 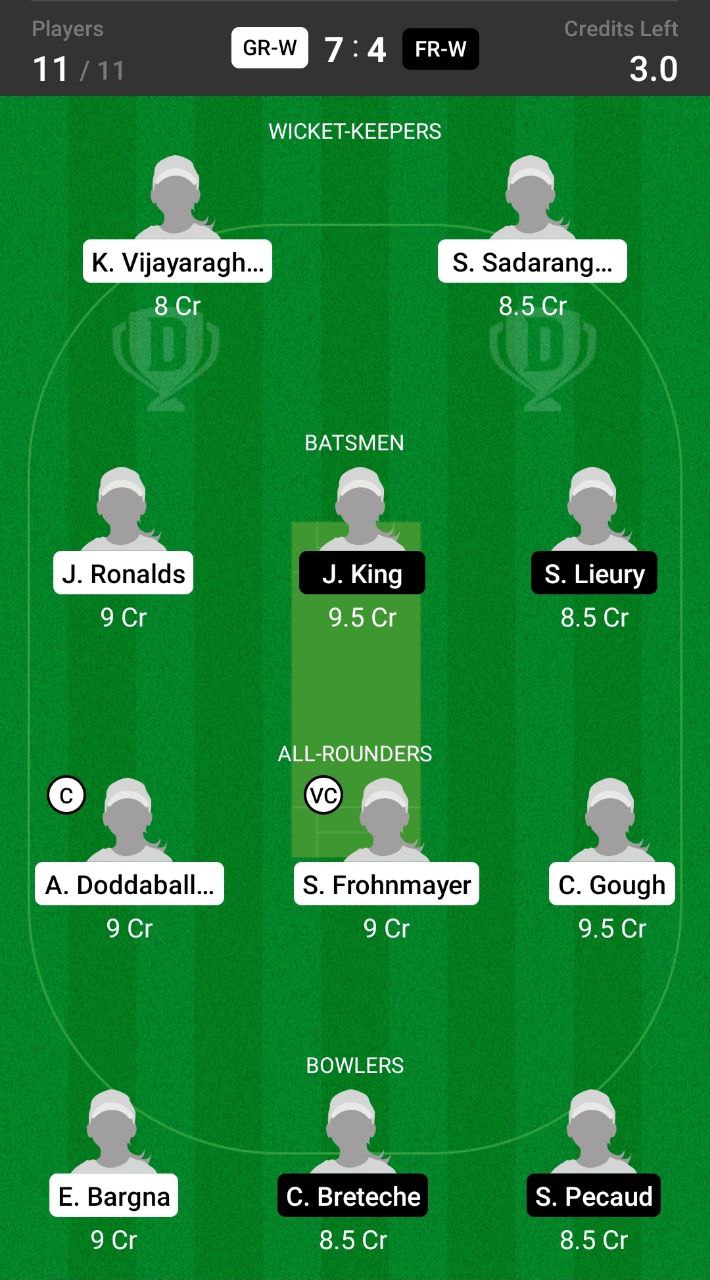 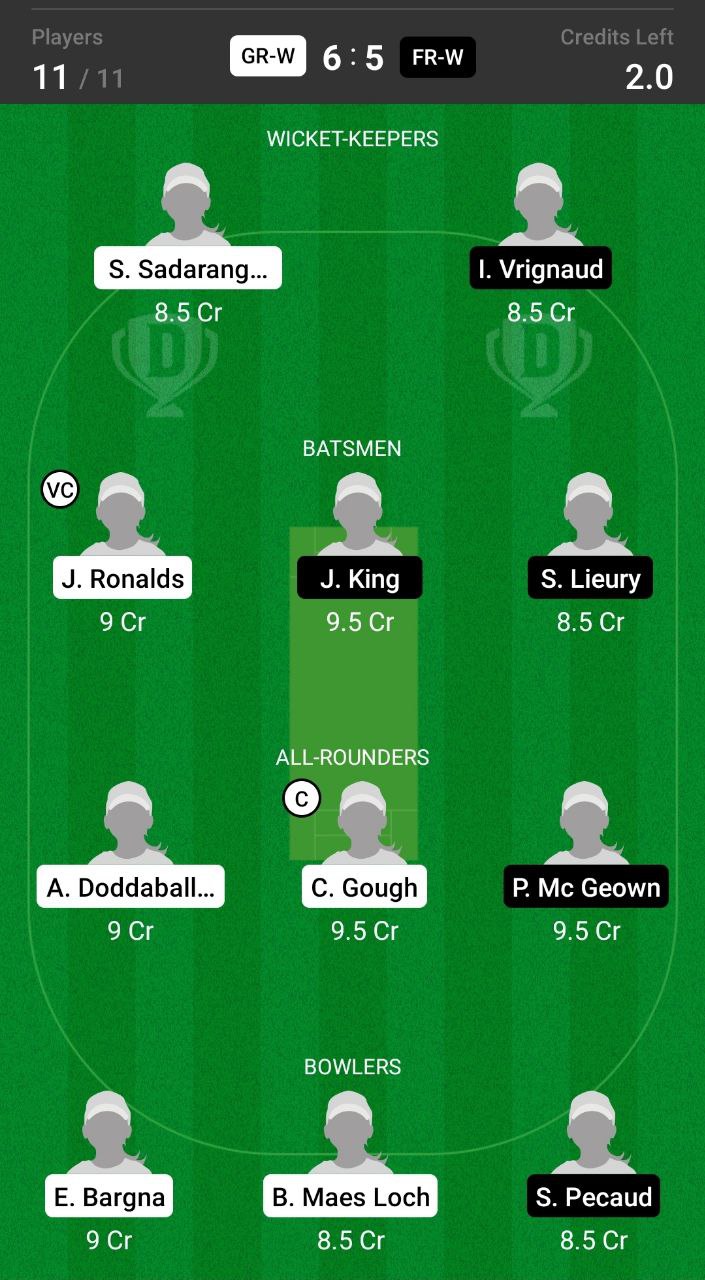 Who Will Win Today Between GR-W vs FR-W Dream11 Prediction, 1st T20I?

According to Kheltalk’s astrology GR-W vs FR-W Dream11 match Prediction, Germany will begin this contest as favorites. France will be returning to international cricket after a while now but Germany had recently played a few games and the match practice will put them ahead of France here.

According to Kheltalk’s GR-W vs FR-W Dream11 toss prediction, Germany is likely to bowl first. The team has a good bowling line-up and the skipper Anuradha has a good record at this venue. Thus, she might opt to bowl first.