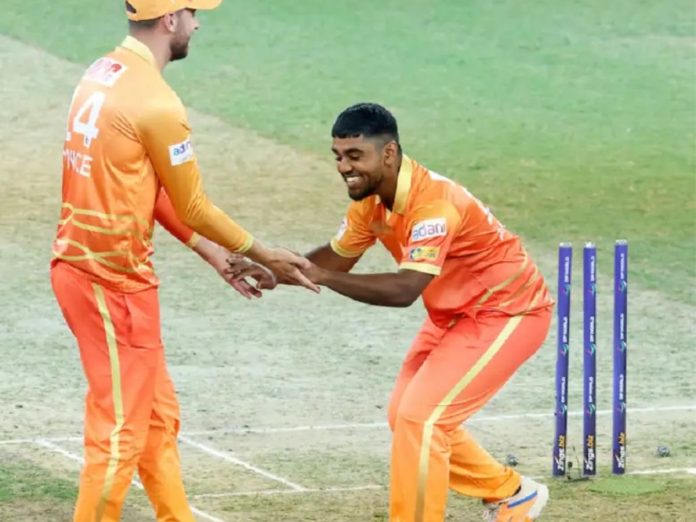 Gulf Giants are one of the unbeaten teams in the tournament. They have won both their matches so far and are in 3rd spot because of their net run rate. They will look to continue their good run here as well.

Dubai Capitals began the tournament with a win against Riders. They won the game by 73 runs. The team got off the radar and failed to defend 182 against Giants in their last meeting. James Vince won the player of the match in that contest for his unbeaten 83.

James Vince won the player of the match award in the last game. He scored an unbeaten 83 and is the leading run-scorer of the tournament.

Robin Uthappa (79 runs, vice-captain)
Robin Uthappa played an excellent knock in the last game. He returned with 79 runs from just 46 deliveries while opening the innings for the team.

Sikandar Raza contributed well with the bat. He made an unbeaten 30 from just 19 deliveries and helped his team reach 182.

Gerhard Erasmus scored one of the fastest half-centuries in the tournament. He scored 52 runs from just 28 deliveries and took his team over the line.

Who Will Win Today’s match Between GUL vs DUB?

Gulf Giants will begin this game as favorites. They have defeated Desert Vipers in their previous encounters and are expected to pull off a huge win once again. Also, they are unbeaten in the tournament so far.

Who Will Win Today’s Toss Between GUL vs DUB?

According to Kheltalk’s Toss Predictor, Gulf Giants are expected to win the toss and bowl first. Both teams will opt to chase here as the pitch will assist the batsmen more.