India, who had faced defeat in the group stages, will enter this series with a few changes to their squad as well as the coaching side. This will be the first official series for Rohit Sharma as the permanent T20I captain for India. This will also mark the first campaign for Rahul Dravid as the head coach. Both teams have announced the squad and had made a few changes to the same.

This pitch will assist the spinners more and both teams will be keen to chase here as the bowling gets a bit difficult in the second half of the game. Anything below 140 is easy to chase at this venue.

It is a typical climate in Jaipur. The climate will be partly cloudy and the temperature will be around 26 degrees Celcius. There is no chance for rain according to the forecast.

Kane Williamson will miss the first T20I as he has been rested. Tim Southee will lead the team here. Devon Conway, who picked up an injury during the Men’s World Cup, has been replaced by Daryl Mitchell in the Test Squad.

The team has made a few changes to their usual line-up. Virat Kohli has been rested for the series. Ruturaj Gaikwad, Venkatesh Iyer, Harshal Patel among others have been added to the squad. KL Rahul will be Rohit Sharma’s deputy in this contest.

Rohit Sharma is the overwhelming favourite for the captain in the fantasy side. The newly appointed Indian captain ended the Men’s World Cup T20 well by adding quick runs in the end. He ended as one of the leading run-scorers for India.

KL Rahul is in good form and had recently scored three consecutive fifties. He looked in good touch in the latter part of the Men’s World Cup and will be keen to play a good role in this contest.

Ruturaj Gaikwad is likely to feature in this contest and if he does, he is an important pick here. Gaikwad was the leading run-scorer of IPL 2021 and he had also managed to lead his team well in the Syed Mushtaq Ali Trophy. One can expect him to come good here as well.

Daryl Mitchell will open the innings for New Zealand in this contest. In the absence of Kane Williamson, the top order batters will have an important role to play here. Mitchell was the player of the match in the semi-final and he could do it her once again.

Trent Boult enjoys bowling against India, bowling in India. The Kiwi pacer will look to pick up early wickets and is one of the mandatory picks in this contest.

Who Will Win Today Between IND vs NZ Dream11 Prediction, Today’s match?

According to Kheltalk’s astrology IND vs NZ Dream11 match Prediction, India is likely to win this contest. The team might not have done well in the Men’s World Cup and against New Zealand there. However, in recent times, they have won eight out of the last twelve T20Is against New Zealand.

According to Kheltalk’s IND vs NZ Dream11 toss prediction, India is expected to bowl first at this venue. India usually chases well and most importantly, they have a good record while chasing against New Zealand. 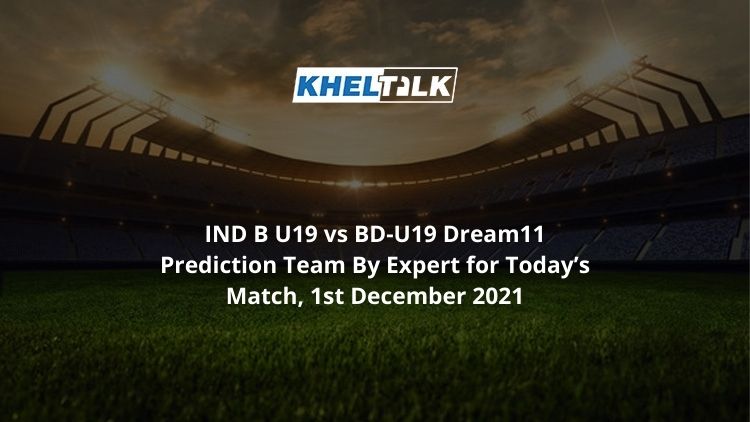