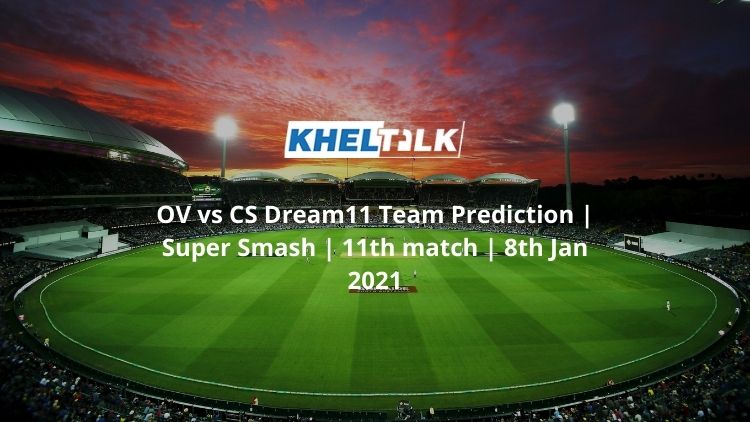 Otago Volts will take on Central Stags in the 11th match of the tournament. Otago is coming into this match after an excellent performance against the Northern Districts where the team went on to win by 2 wickets in the final over. However, the best thing about that match is that Hamish Rutherford finally showed a glimpse of form and top-scored for the team. This is positive news for Otago who will be looking forward to witnessing more of Rutherford. The team so far has two wins and a loss from their three matches.

On the other hand, Central Stags are dependent just too much on George Worker. The team has won two matches and in both the matches, George Worker had scored half-centuries and when he had failed, the team also had failed. Stags have two losses and they went on to lose their last match against Northern Districts. Let’s go through our Dream11 Team Prediction for the upcoming game.

This is the first match at University Oval in this edition of the tournament. The venue has shorter boundaries and there will something for the pacers here. The toss will play a big role as most of the teams will prefer batting second at this venue.

While the team will be glad that Hamish Rutherford could find the form at the right time, the team still has concerns when it comes to balance and inconsistency. Llew Johnson starred in the first match but since then he has been struggling to convert his starts. Neil Broom, the team’s most capped player has done well in the powerplays for the team but is having trouble when it comes to long innings. In most of the matches, he went on to lose partners early which had added more pressure on him. The team’s most experienced all-rounder Anaru Kitchen is trying way too much but nothing has seemed to work for him so far. The team will be looking to address all these issues as they get down on the field on Friday.

Central Stags, as mentioned earlier, are way too dependent on George Worker. If he fails, there is no one to stand up for the team and nobody has taken up that responsibility. However, the bowlers have done well considerably. While Blair Tickner has made sure to pick early wickets, Ajaz Patel and Jayden Lennox has produced dot balls and has added pressure on the opponent. Kieran Noema-Barnett, who was one of the stand-out performers in the previous edition, is yet to do wonders here.

George Worker has two 70-plus scores here and is the most important pick from the Central Stags team. On the whole, he has 200 runs from 4 matches and is the leading run-scorer of the tournament at the moment.

Hamish Rutherford looked good in his last match and is certainly a good pick for the captain. He so far has 87 runs from 3 matches with a strike-rate close to 178.

Kieran Noema-Barnett is probably an underrated pick for vice-captain here. He has picked up four wickets in the tournament so far and has a couple of cameos.

Matthew Bacon is the leading wicket-taker of the tournament at the moment. He has 7 wickets with an economy rate lesser than 9.

OV vs CS Dream11 Team Prediction: Who will win the match

Otago Volts will begin the contest as the favorites but a lot will depend on their opening pair and the bowling as well. The team will be hoping that Anuaru Kitchen finds his form real quick as the team is missing a finisher here. On the other hand, George Worker once again will be the key player for Central Stags. If Otago can get rid of him as early as possible, they have a great chance of winning the match.