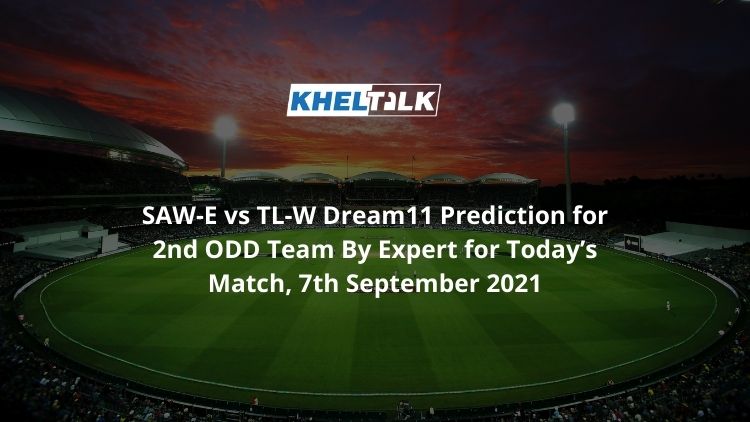 Thailand Women and South Africa Emerging team will lock horns once again in this series. Thailand is coming into this series after producing a draw in the ODI series against Zimbabwe. The team had managed to pull off a win in the fourth ODI to make 2-2.

Then they went on to play the T20Is where Zimbabwe had won the first match but Thailand bounced back to take the series 2-1 and also ended the winning streak of Zimbabwe.

In the first match against the Emerging women in this tour, they managed only 142 while chasing 192 in their fifty overs.

Top Performers in the last match

Going by what we have seen in the first contest, there is something for the spinners and the middle overs totally belonged to the batters. One can expect both bowlers and batters to dominate in this contest but in phases.

The weather on the matchday is cloudy. There is a good chance for rain as well. According to the forecast, there is a sixty percent chance for rain. The temperature will be around 26 degrees Celcius.

The team had managed to win the first match convincingly. Though this is just the second string squad of South Africa, most of them have a good number of matches and experience than the Thailand team.

This is the same squad that faced the Zimbabwe team recently. Once again, the trio Chaiwai, Chantam and Boochatham will hold the key in their batting as well as bowling department. They did have some positives to take from the first match and they will be hoping for a better performance here.

Onnicha Kamchomphu is one of the bowlers to watch out for here. She is in good form at the moment and in the last match, she had three wickets while giving away just 36 runs.

Nattaya Boochatham needs no introduction. She is doing well for a long time now and even in the last contest, she ended up grabbing five wickets while giving away just 21 runs.

Suleeporn Laomi is likely to open the innings for the team and she will be bowling her full quota too. In the last contest, she couldn’t do much with the bat but ended up giving away just 39 runs from her 10 overs.

Faye Tunnicliffe was the star performer with the bat in the last contest. The middle-order batter played an excellent knock after the team had lost both the openers. She had 65 runs to her name and had a good partnership with Sarah Smith.

Andrie Steyn will be opening the innings for the team and she will be keen to bounce back here after missing out in the last match. She made only 11 runs in the last contest.

Annerie Dercksen is yet another experienced player available here. She is likely to do well today and can be backed for her experience in this contest.

Khayakazi Mathe was the pick of the bowlers for the South Africa team in the last match. She bowled only seven overs but had picked up three wickets while giving away just 35 runs.

Who Will Win Today Between SAW-E vs TL-W Dream11 Prediction, 2nd ODD?

According to Kheltalk’s astrology SAW-E vs TL-W Dream11 match Prediction, Thailand will begin this contest as favorites. The team had lost the first match but they are certainly capable of making a comeback in this contest. One can expect the team to bounce back.

According to Kheltalk’s SAW-E vs TL-W Dream11 toss prediction, Thailand is likely to bat first here. The team had done well while batting first recently and thus, they might go in first in this contest as well.