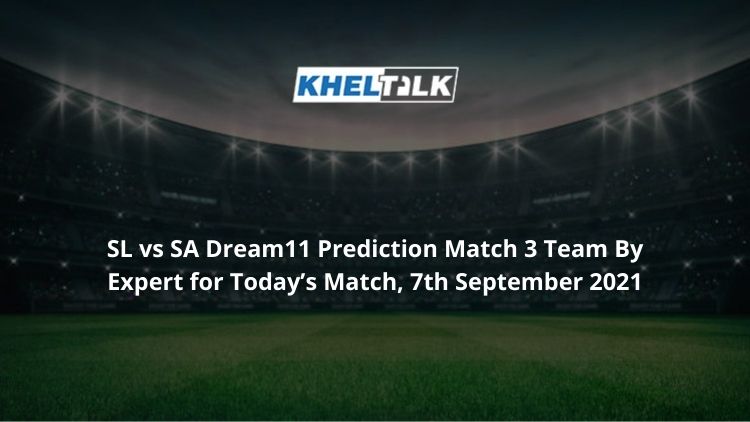 Sri Lanka will host South Africa for the third time on the tour. This is an important contest as both teams have won one-all in the first two matches of the three-match series.

In the first match, Sri Lanka did well to defeat South Africa by 14 runs. However, the visitors bounced back to take the second match.

The rain-hit match saw only 41 overs. South Africa had Malan scoring an excellent ton while Shamsi came back to pick up five wickets.

Sri Lanka went down by 67 runs in that contest. They have a lot of scope for improvement going into this contest and it will be interesting to see how they do here.

This is a moderate pitch with good support to the spinners. They will hold the key here. Since the ground is smaller, comparatively, one can expect both teams to deal in boundaries. Also, most teams have preferred batting first at this venue. In fact, in the last match, Shamsi was able to pick up five wickets.

Rain is on cards on Tuesday once again. The temperature will be around 24 degrees Celcius and according to the forecast, there is a 90 per cent chance for rain. However, we can expect a match with reduced overs here.

Keshav Maharaj will be leading this contest once again. Bavuma has been ruled out of the series due to fractured thumb. However, the team had managed to do well in the last contest to fill the void created by his absence.

Despite the loss, the team is likely to go in with the same line-up and one can expect changes in the batting order. Asalanka might bat a bit up while Chamika Karunaratne might be introduced a bit earlier in the contest.

Avishka Fernando was the team’s star performer in the first match. He smashed a ton there and will be keen to bounce back here after a poor 2nd ODI. He holds the key here.

Asalanka is the leading run-scorer of the series at the moment. He had managed to score a couple of half-centuries in two matches so far and he is likely to do well here too.

Wanindu Hasaranga is yet to perform upto his standards here. He had decent returns so far but since this is the final ODI, one can expect him to come good just like he did in the T20I series against India.

Chamika Karunaratne is the leading wicket-taker for Sri Lanka at the moment. He has picked up three wickets and is economical too. Karunaratne is capable of scoring quick runs too.

Janneman Malan is in excellent form at the moment and is the leading run-scorer for South Africa in this series. He will be keen to add more runs to the tally here. He had a ton in the last contest.

Markram is a must-have pick in the fantasy side. He will be opening the innings here and he will be rolling his arms for a few overs too. He had a half-century in the last contest and had chipped in to contribute with the ball too.

Who Will Win Today Between SL vs SA Dream11 Prediction, 3rd match?

According to Kheltalk’s astrology SL vs SA Dream11 match Prediction, South Africa will begin this contest as favorites once again. The team might have lost the first contest but they had bounced back very well to come up with something special here. They are likely to grab the series.

According to Kheltalk’s SL vs SA Dream11 toss prediction, South Africa is likely to bat first at this venue. Since the team has a good batting order, they will look to add more runs on the board and will look to defend the same here.