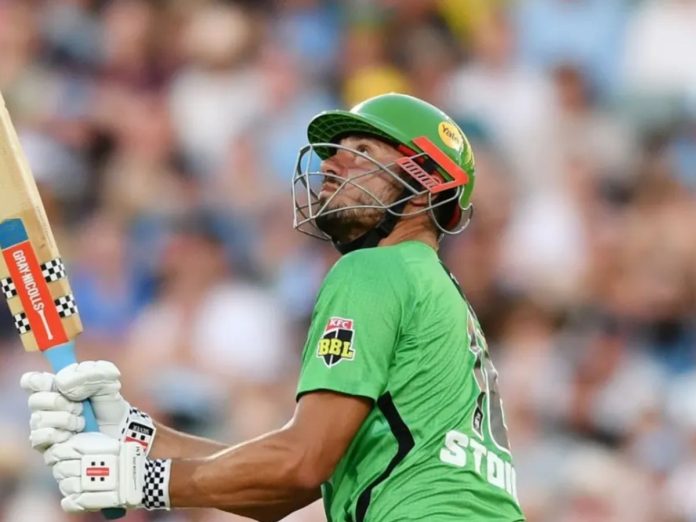 Melbourne Stars and Adelaide Strikers will meet for the second time in the competition. Stars took down Strikers by eight runs last time around. Marcus Stoinis starred with 74(35) in that game. That was one of the two victories Stars managed to pull off in this edition. They are having a terrible season so far and are in the final spot.

Strikers began the tournament well but lost their path in the middle. With the help of Chris Lynn, the team is back on track and is in the 3rd spot with five wins from nine matches.

The pitch of MCG offers a fine balance between bat and ball. While the bowlers get some assistance early on with some bounce, the batsmen will have it easier in the latter part of the innings.

Melbourne doesn’t look good for a game on Thursday. There will be scattered thunderstorms on the day and We can only pray that it will be just a phase. Hopefully, we will get a full match. The temperature is expected to be 26-degree Celsius and the humidity to be 48%.

Marcus Stoinis won the player of the match award in the last meeting between these two teams. The all-rounder smashed 74 runs from just 35 deliveries in that game. He is expected to play a major role here as well.

Chris Lynn’s current form is the major factor for Adelaide Strikers. The opener has helped the team to cross the line in the last two games and he averages close to 50 in his last ten matches.

Matthew Short has a century in the tournament. He has scored 365 runs from his last ten matches with a strike rate close to 145. He will be keen for yet another big show here.

Wes Agar will be the bowler to watch out for in this game. He has picked up 13 wickets and is one of the leading wicket-takers for Adelaide Strikers. Watch out for him in this game as well.

Who Will Win Today Between STA vs STR Dream11 Prediction, 38th match?

According to Kheltalk’s astrology, STA vs STR Dream11 match Prediction, Strikers are in excellent form at the moment and they will be keen to take revenge on Stars for the last encounter’s defeat. The strikers have two wins in a row in BBL 2023.

According to Kheltalk’s STA vs STR Dream11 toss prediction, Adelaide Strikers will win the toss and ask Melbourne Stars to bat first. Strikers will look to restrict Stars to a small total and chase them down with ease here.