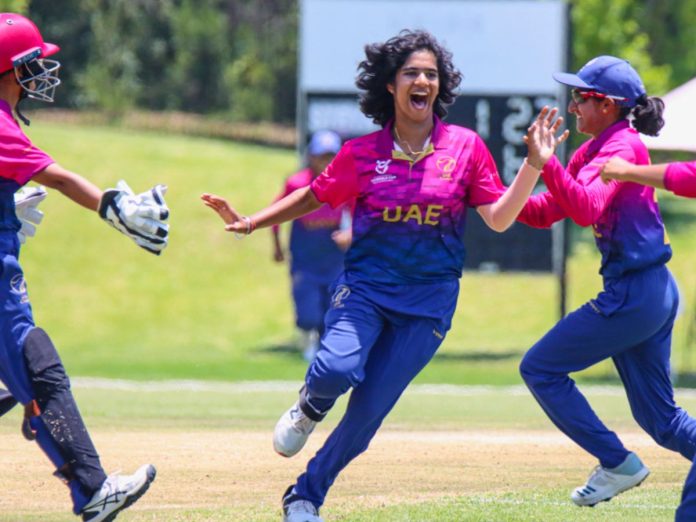 Welcome to UAE-W-U19 vs BA-W-U19 Dream11 Prediction for Today’s Match Fantasy Cricket Tips. UAE U19 (UAE-W-U19) will take on Bangladesh U19 (SC-W-U19) in the Super Six of the U19 T20 World Cup 2023 in South Africa on Wednesday. Check out our top fantasy picks, player availability news, pitch report, and predicted playing XIs & more.

UAE U19 women are already out of the tournament. They are in the bottom half of the table. That being said, the team did have some memorable performances like Theertha Satish’s half-century. One can expect them to go out on a high today.

Bangladesh U19 finished the group stage at the top of the table. However, they couldn’t carry on with the momentum and lost a few matches recently in the Super Six. They are also out of the tournament but is expected to win today.

Theertha Satish has represented UAE senior team as well. The wicket-keeper batter ended the recent T20 series against the USA U19 team with 307 runs. She is the one to watch out for here.

Samaira is bowling well at the moment and even in the recent warm-up match against the USA U19 team, the pacer picked up a hat-trick. One can expect a similar performance from her here.

Shorna Akter is one of the leading run-scorers available in this game. The Bangladesh star will hold the key in this game and she is handy in the powerplay with the bat.

Bangladesh U19 to win

Bangladesh U19 Team will begin this game as favorites. They are a better team compared to UAE U19. Bangladesh needs a good win here to win the 3rd spot in the Super Six.

Though they are out of the final four, they will look to end on a high. Therefore, one can expect them to win this game with ease. UAE, on the other hand, is also out of the tournament and is in the bottom half of the table