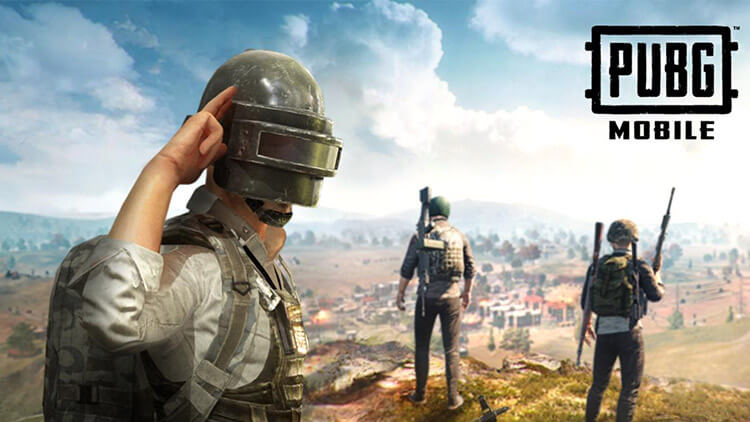 Ever since its launch in India in 2018, PUBG Mobile has managed to gain an immense fan following. Many PUBG Mobile gamers are now using their gaming skills to increase views and make money. Yes, they are doing it by streaming their game playing on YouTube. PUBG Mobile also lets a player customize their characters. It is by going for new skins and clothing items. When it comes to playing PUBG Mobile, everyone is involved in one single mission. It is to get that lip-smacking ‘Chicken Dinner.’ Along with it, the game also has many ranks that you can achieve. And one of them is the ‘Weapon Master’ title.

Yes, other than achieving a top spot in matchmaking, the ‘Weapon Master’ title is also a prestigious feat on PUBG Mobile.

A PUBG Mobile player would be able to sport the title alongside their name after he/she has gained a bit. It will be visible on your friend list as well as the matchmaking screen. Other than the ‘Weapon Master’, you also have different titles from ‘Chicken Expert’ to ‘Well-Liked’ and others.

But after having said that, the toughest one that you can get in PUBG Mobile is the ‘Weapon Master’. And that’s why KhelTalk would like to discuss tips that can help you win the title. With this title with you, you will have the upper hand on everyone. The entire method of understanding the whole thing may be complex. But, this post will help you get to the title of ‘Weapon Master’!

What conditions do you need to fulfill to get Weapon Master in PUBG Mobile?

How do you get Weapon Master in PUBG Mobile quickly?

You can follow the below steps to get closer to the Weapon Master title in PUBG Mobile:

The steps that you went through are the toughest to complete missions in the list. Now it will become easier for you to get an AR, Sniper Gun, and SMG Gun. You can do that to eliminate people just like you do in a conventional classic match.

Once you fulfill all these 6 conditions, you can either exit the game or continue playing. Your long craved ‘Weapon Master’ title will be yours in PUBG Mobile!

Top 5 tips on how to get Weapon Master in Pubg

#1 Following what is Required is vital

Acquiring the title of ‘Weapon Master’ may be tough. It is because it means that you ought to complete every requirement in a single match. The first one is that you must be the last one to stay alive. But it is the 2nd requirement where most players stuck. Getting 6 kills in each is what you need to get. The catch is that each of those kills must be made by using a different way. Your valid weapons include Assault Rifles, Shotguns, Sniper Rifles, Throwables, Submachine guns and Vehicles. You may be able to get through this task only by making the most of the best weapons. And the weapon statistics of the PUBG Mobile is vital to gauge this. The next requirement is that you ought to be a Platinum Tier or more. These requirements to get the tag of ‘Weapon Master’ came into being for a reason. It was to prevent gamers from making a new profile and get away by getting the match’s requirements done by new players and bots. But the good thing is that the way to achieve the ‘Weapon Master’ title comes with no shortcut at all. And it permits only genuine PUBG Mobile players to get to the tag.

#2 Killing bots in your game can very helpful

A crucial aspect of the PUBG Mobile is that there will be bots present in the game, irrespective of the Tier you are in. And you should go ahead to make the most of this to get 6 kills using as many different weapons as possible. It is majorly because bots are easier than a human to take out. Playing PUBG Mobile in later hours may help you get more bots. It is because of the presence of fewer players on your server. After a while, the vacancies for searching a game may have AI adversaries. As they are bots, they may land in places where a real human may not venture into. The instance will be of Sanhok’s Bootcamp, where you may not find easy bots to kill. Why? It is because they appear in Camp Bravo. Hence, it is better to start in remote places if you wish to learn how to get ‘Weapon Master’.

#3 Where you land on the map does matter

It is not suggested to land on a desolated location like the edge of the map on a random building. But it would be good to go for 1-2 bot kills as you need to complete the objectives of the ‘Weapon Master’. Once done, you should kick-off looking for other gamers. Where you land should be at a distance from a popular destination. And that’s why selecting a place with good loot, and few vacancies are vital to acquiring the goal. It would be recommended to land in hot zones like School, Pochinki and Bootcamp. That can help you try your luck and use the best weapons in PUBG Mobile to become a ‘Weapon Master’. You can do that in real PVP Combat, and it may be a bit difficult to begin but not impossible!

#4 You should have an idea about PUBG Mobile weapon stats

#5 How do you get Weapon Master in Duo/Squad Mode in PUBG Mobile?

If you want to become a Weapon Master in Duo/Squad Mode, then you must go ahead with the final kill. It is because only killing won’t be considered. This mode lets you can single out your opponent with any weapon. Once done, then you can confirm the kill with a gun of your choice. It is easier to gain perfection in this mode. But you will need support from one person for sure. It should also be ensured that you kill the enemy. And it should not be your partner. Why? It is because, in PUBG Mobile, the wrong kill will be counted for them and not you. Nonetheless, it is possible to eliminate other squads’ knockdowns.