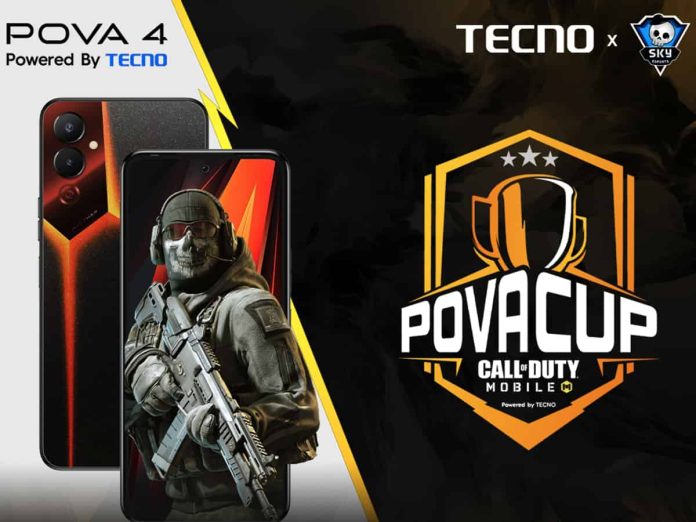 The Call of Duty Mobile POVA Cup is being presented by the smartphone company TECNO Mobile in collaboration with India’s Skyesports, an esports event run by JetSynthesys. One of the leading smartphone manufacturers in the Asian market is Tecno. Their most recent model, the Tecno Phantom X2, is about to make its official debut in India. The competition is slated to begin in 2023 and continue all year. All Call of Duty Mobile (COD Mobile) fans will get the chance to participate in this competition. They can showcase their skills against the best players from all around India.

Despite having a respectable amount of players in India, Battlegrounds Mobile India (BGMI) and Free Fire are ahead of COD Mobile in terms of their esports scene. The Call of Duty Mobile POVA Cup might provide COD Mobile with the boost it needs to grow its esports community. The competition will have a year-long structure spanning several seasons. It will give both amateur and professional players the chance to participate and display their prowess.

Arijeet Talapatra, CEO of TECNO Mobile India, commented on the partnership between the company and Skyesports: “In the current fiscal, India witnessed more than 50 crore citizens taking up gaming, which also means a noteworthy 12% increase from last year. India’s gaming sector registered a whopping $2.6 billion growth and is further expected to grow by 27% to reach the mark of $8.6 billion. Call of Duty Mobile POVA Cup is an Annual property, which we have created in partnership with Skyesports to grow a community of mobile gaming lovers.”

The founder and CEO of JetSynthesys’ Skyesports, Shiva Nandy, commented on this by saying, “We are very excited to collaborate with TECNO POVA and to execute the Call of Duty Mobile POVA Cup. India has more than 396 million gamers, who spend an average of 14 hours per week gaming. The tournament will also elevate the esports scene of the game from the grassroots level and offer continuous action for fans and players of the game alike.”

Anuj Tandon, the CEO of JetSynthesys’ gaming division commented on this as well. He said, “I see this partnership as an event to showcase the growth, reach and power of our gaming sector. Call of Duty is the perfect game for this partnership—a high-octane game that is thrilling to play and watch. Tecno and Skyesports will work to make it a memorable experience for all the participants and viewers worldwide. Can’t wait for the fans and gamers to turn up and soak in this unique experience.”

How to watch the Call of Duty POVA Cup Live

Livestreams of every game in this event will be available on Skyesports’ official social media accounts, including YouTube. In addition, viewers will be able to watch the competition in Telugu, Tamil, Hindi, and English.