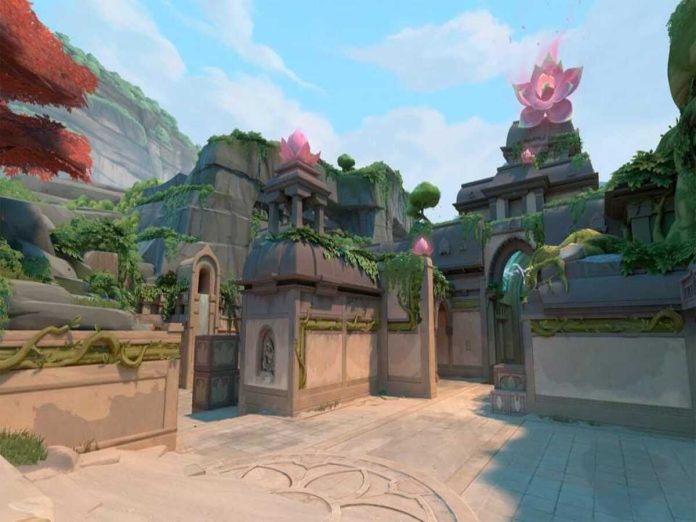 With the dawn of a new episode, came a new map in Valorant. The Episode 6 update unveiled a brand-new map called Lotus, which includes three different sites. By investing many hours on maps and Agents, Valorant players discovered some of the most well-known bugs. The most recent findings may be carried out on Lotus and include the Duelist Phoenix and Sentinel Killjoy. Since Riot Games has not yet taken any action to address these concerns, a release date for a patch is not yet known.

Phoenix is a Duelist Agent in the Valorant game. His Ultimate gives him the ability to push up and engage in combat using a temporary body. The Agent reappears at the location from which he triggered the ability once it is destroyed or shot down, at full health.

Phoenix can become trapped within the building by using this Ultimate on Lotus’s new rotating-door mechanism. Players may still utilise all of their skills to influence their opponents outside while he is trapped, and they can even fire through the door from both sides. While shooting, they will do considerably less damage because the bullets will have to pass through the building. Both of the spinning doors that were added with the release of Lotus may be used in this way.

Killjoy is a Sentinel Agent with the capacity to protect and uphold map control. One of them is an automated turret that can fire on opponents within range of detection. Players have discovered a technique for using this power to push through the rotating doors on Lotus.

They can position the turret close to the rotating door’s idle state and force their way within its framework. Players cannot pass through Killjoy’s turret since it is a solid object, and as a result, it squeezes them in between the door and itself. The players may utilise various skills and fire through the spinning doors even when trapped within. As they pass through the door and serve as a wallbang rather than as direct shots, the bullets cause less damage.

Only time will tell if these bugs will be remedied by Riot Games and when.