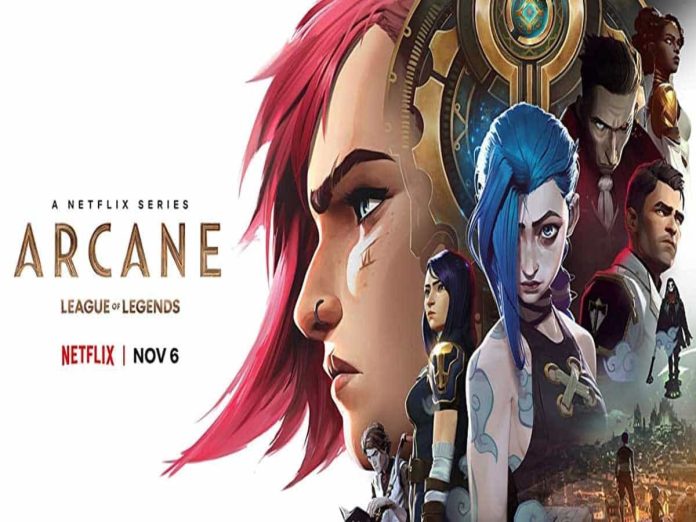 We live in a time and age where we are fortunate enough to witness the coming together of two distinct, yet akin, worlds of gaming and movies/TV shows. While there has been no dearth of the number of video game adaptations that we have seen in the recent past, most fail to hit the mark. This could be owing to a variety of reasons such as not sticking to the storyline, and unimpressive narratives or graphics, among others. But even amongst this, there are a few that are spot-on and are an absolute treat for both video game fans and movie or series buffs. One such series is Arcane League of Legends.

Netflix’s League of Legends animated series Arcane is one of the best things that the streaming service has produced, and if you haven’t watched it yet, you are definitely missing out.

What is Arcane League of Legends?

A few of the playable Champions from League appear in the popular animated action-fantasy series Arcane League of Legends, which is based in the Runeterran universe. Fans of the game will notice several allusions, as well as a thorough exploration of some characters’ backstories that have never been adequately explored.

How Arcane has become the best in its genre

The biggest achievement that the Arcane League of Legends series has been able to garner lies in its ability to have made thousands of viewers want to pick up the League of Legends game. Albeit the game was already immensely popular prior to the series release, its popularity has now grown exponentially.

Apart from the avid League of Legends gamers who no doubt find the Arcane League of Legends series to be impeccable, the show is in no way any less interesting for those who have not played or do not like the game.

The characters look stunning owing to the splendid graphic design. Viewers who are familiar with them from the show are likely to quickly identify their favourites. These include  Vi, Jinx, Jayce, and other characters. The compelling characters and superb artwork leave a lasting impact, yet the storylines also stand on their own. Arcane League of Legends succeeds in selling the emotion of characters’ transformations, even for fans who have never played the game, unlike some other adaptations.

Arcane League of Legends has, in a short span, amassed numerous praises and awards. The series won Best Adaptation at the Game Awards, 2022.

The show also bagged a mammoth 100% rating on Rotten Tomatoes. The majority of the elements, be it the animation or music to the emotional impact and world-building were all praised. Both casual viewers and fans who were familiar with the game’s backstory tuned in to this programme.

Within a mere week of its debut, it broke the record for Netflix’s highest-rated series. Arcane League of Legends Season 2 is also in the works and we will be getting more news about it in the near future.