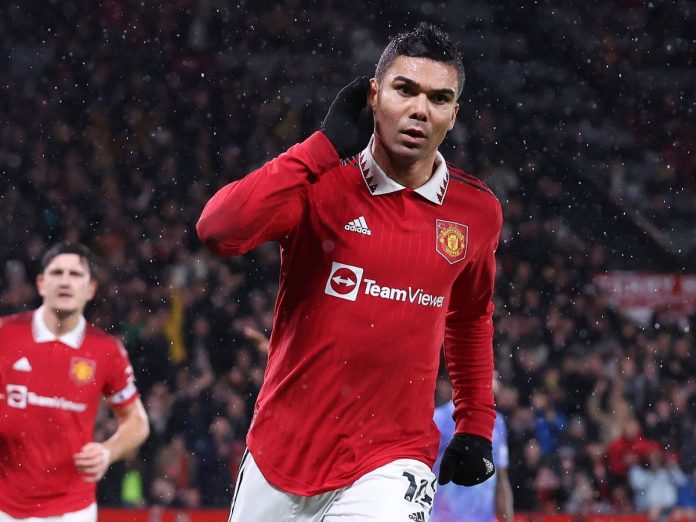 Manchester United was dealt with a huge blow as star midfielder Casemiro was booked in the yellow card book for the 5th time in the ongoing Premier League (PL) 2022-23 season. That meant that Casemiro would be missing United’s Super Sunday clash against Arsenal which is next on their radar.

Caemiro tried stopping an aggressive Wilfried Zaha of Crystal Palace who was on the counter-attack. This wasn’t fair in the eyes of the referee and he immediately flashed a yellow card to the former Real Madrid midfielder and awarded a free-kick to the home team.

Erik Ten Hag’s side dropped 2 points as they were held to a 1-1 frustrating draw against Crystal Palace. Even though skipper Bruno Fernandes had drawn first blood, Crystal Palace equalized through a set-piece free-kick and gained 1 crucial point.

Manchester United will be now facing Arsenal in what is an away game for them on 22nd January 2023. The Red Devils had won the reverse fixture 3-1 in September 2022. Marcus Rashford had netted a brace and the other goal was scored by Antony.