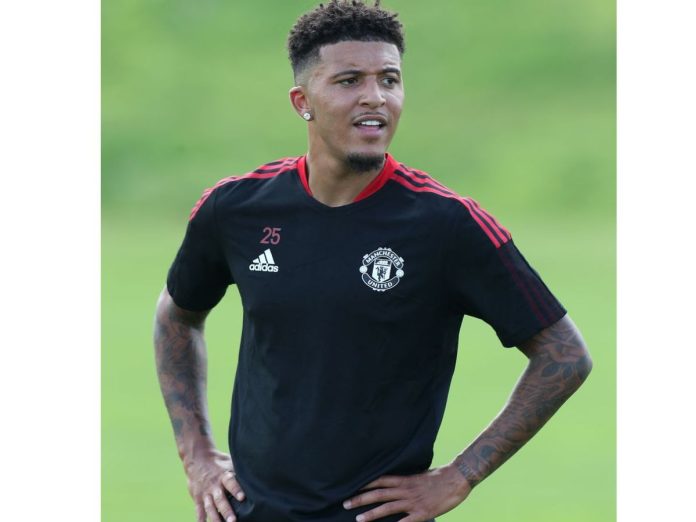 Manchester United winger Jadon Sancho is back to training with the full squad after a long hiatus. The Red Devils will be locking horns with Crystal Palace tomorrow and the winger is back in the mix.

The 22-year-old winger had last played for Manchester United on 22nd October 2022 against Chelsea. He then took a hiatus from social media and travelled to Netherlands for a curated programme. It is believed that he was going through therapy as well to get back into the zone.

Jadon Sancho returned to training two weeks back and was doing individual session and small group sessions. Now, Manchester United manager Erik Ten Hag has confirmed to journalists that Jadon Sancho will be available for selection for United’s next Premier League 2022-23 game against Crystal Palace.

“I would like to have Jadon back as soon as possible But also in this, I can’t force this process and so I will do everything that’s in my power but some processes you can’t force and this is one of them,” said the Dutch manager.

“So, I have also to show patience, although I don’t have the patience because yeah, you are right, we have a lack of opportunities in the frontline, players who are available and capable to contribute in the Premier League, not only the Premier League but the highest standard of top football,” Erik Ten Hag added.

Manchester United is coming on the back of a 2-1 thrilling win over their arch-rivals Manchester City during the highly-anticipated Manchester Derby. Bruno Fernandes and Marcus Rashford had netted the goals for Erik Ten Hag’s side. They have been on a roll and have a great chance of solidifying their position at the top of the Premier League table.

Erik Ten Hag’s men travel to South London to face Crystal Palace for their next assignment. The match will be taking place at the Selhurst Park Stadium and is slated to kick-start from 1:30 AM (IST). We can expect Jadon Sancho to start in the bench as fast-tracking him directly into the playing XI will not be a wise decision from Erik Ten Hag. Sancho needs a lot of support and backing from Manchester United’s boss at this moment.