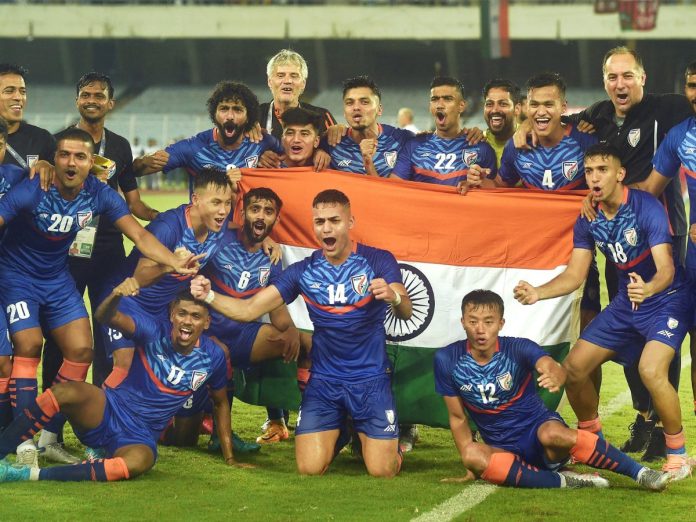 Indian football is presently going through a remarkable change as a great leader in the form of Kalyan Chaubey has been appointed as the head of the All-India Football Federation (AIFF). He has already laid out a roadmap for India and the likes of Super Cup, Durand Cup and Indian Super League (ISL) is making the sport revive its lost history and tradition.

There are several footballers in Indian football who are young, promising and dynamic. If they receive the right amount of exposure and guidance, they can go on to achieve huge laurels for India.

The robust presence of the age group football is another testament to India’s solid footballing culture. In this article, we take a look at 5 promising youngsters of Indian football who are quite talented:

The 22-year-old winger Aniket Jadhav is a very promising and exciting Indian youngster. He recently made a move to Odisha FC from East Bengal FC and is touted as the next big-thing in Indian football. The footballer from Kolhapur played in the FIFA U-17 World Cup that took place in India and has represented the senior team of the Blue Tigers on 2 occasions.

Mumbai City FC forward Lallianzuala Chhangte is one of the brightest prospects in Indian football. He is presently weaving magic for the Islanders in ISL 2022-23 and is scoring goals regularly. Chhangte has played for India 17 times and has scored 4 times. In ISL 2022-23, he has so far netted 8 goals in 14 matches and is a contended for the ISL Golden Boot. This award is given to the player with the most number of goals in a season.

The 20-year-old footballer from Kozikhode is known for his fast turns and his ability to dribble the ball beautifully. Muhammad Nemil plays for FC Goa and is an exciting youngster to keep your eyes on. Nemil is an attacking midfielder and has scored 6 goals for FC Goa so far. He is definitely one for the future and he brims with consistency and skill.