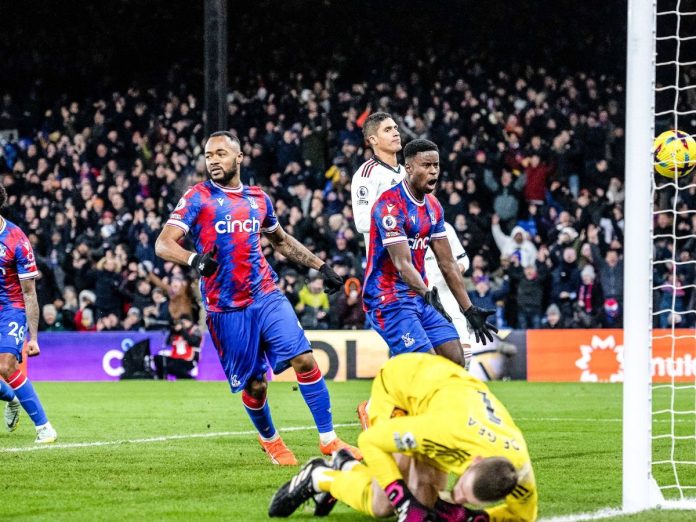 Erik Ten Hag’s Manchester United was denied full points at the Selhurst Pak Stadium in South London against Crystal Palace. The score-line read 1-1 and both teams could not be separated after the final time.

Manchester United had the lead in the majority of the game after Bruno Fernandes put their noses ahead through a goal in the 43rd minute. United was in the driving seat of the game almost throughout the entirety of the game.

But Crystal Palace held their nerves and staged an emphatic comeback in the dying minutes of the game. A sensational free-kick from Michael Olise during the stoppage time of the game powered Crystal Palace to a victory.

There was absolutely nothing Manchester United goalkeeper David De Gea could do as Olise smashed the ball to the top right corner of the goal. De Gea dived to his right but in vain as Crystal Palace equalized through this set-piece.