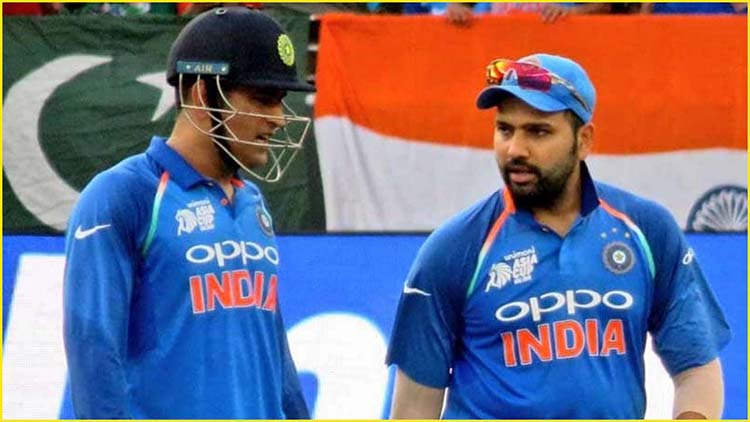 The former captain of the Indian cricket team surprised the audience with his recent announcement. He made his retirement official by posting it on Instagram. He mentioned, “from 19:29 hours consider me as retired”. Mahi mentioned how grateful he was for every fan that loved and supported him throughout his cricket journey.

Ever since he made this announcement on Instagram, fans can’t help but wonder the reason why Mahi made this decision. People believe that it has been mainly due to his recent links to the army. He announced the news on Independence Day.

While the news has been quite shocking for his fans and Indian cricket team, Mahi has not retired from all formats of cricket yet. We will get to see him play for Chennai Super Kings in the Indian Premier League. In this post, we are going to discuss the 5 best Indian cricketers that are thankful to Mahi for grooming them for the Indian cricket team.

Top 5 players Dhoni groomed for the Indian cricket side

First up, we have the current captain of the Indian cricket team “Virat Kohli”. It was Mahendra Singh Dhoni who groomed Virat Kohli for the cricket team when Kohli was going through the worst phase of his career. Dhoni saved Virat from getting dropped out of the 2012 Australian tour.

Besides, Mahi wanted to hand the captaincy to the most reliable player. He made the process quite smooth by retiring from one format at a time. He announced his first retirement, which was from the Test cricket in 2014. The series was not over at that time. Due to this sudden announcement, Virat Kohli was appointed as the captain of the team for the remaining Tests.

Later, he declared his retirement from the limited-over cricket in 2017. Virat Kohli has always mentioned Dhoni’s contribution to his successful cricket career. Kohli believes that Dhoni’s sudden retirement announcement from the longest format of cricket made the selectors choose Kohli as a captain.

Jadeja is the spin partner of Ravichandran Ashwin. He even has the potential to compete with the latter. Jadeja is known for his ability to bowl in all pitches. In the 2013 ODIs, Jadeja picked the highest number of wickets. He was also featured in the World Cup tournaments following the 2013 ODI. Ravindra Jadeja has experience and skills. There is a reason why he is known as India’s one of the best all-rounder cricketers.

Ravichandran Ashwin has had the advantage to play with Mahendra Singh Dhoni. Ashwin has learned a lot from Mahi. From being one of the talented spinners for Chennai Super Kings to securing his place in the Indian cricket team, Ashwin has definitely come a long way. Ashwin is one of the successful spinners in the Indian cricket team. Recently, Ashwin mentioned how Mahi encouraged him to play his variations during the most challenging phase in his career.

Ravichandran Ashwin won the 2011 World Cup with MS Dhoni and other Indian cricketers. He even got an opportunity to deliver the final over in the 2013 Champions Trophy. The specialty of Ashwin is his bowling skills in the Tests. He holds the first position for being the best Indian spinner in the longest format of cricket. It is safe to say that Mahi groomed Ashwin to become India’s Top Spinner in Test Cricket.

Another great player who’s known for his amazing cricket skills is Suresh Raina. He plays with Mahi in all formats of cricket, including the Indian Premier League. Raina played quite well in the 2011 World Cup. He even proved his skills in the 2013 Champions Trophy. Suresh Raina has a major contribution to India’s second World Cup trophy. He played quite good knocks against Kangaroos and Pakistan.

Players believe that Raina plays his best when he builds a partnership with MS Dhoni. The latter has done a great job in grooming Raina and making him capable of playing according to the team’s needs. Only Mahi can do that. Unfortunately, the partnership of MS Dhoni and Raina continues as the latter has chosen to retire from the International cricket with Mahi. With Raina’s Instagram post that announces his retirement, India has lost two of the greatest cricket champions of all time.

We all have seen how Rohit Sharma went from being a limited-overs player to the best cricketer in all cricket formats. Some part of the credit goes to Mahendra Singh Dhoni. Sending Rohit Sharma in the top order was Mahi’s decision. Sharma has been playing as an opening batsman since 2013. Mahi decided of promoting Sharma to the top order in 2013. And, the results were amazing. India won the 2013 Champions Trophy.

Rohit gave an amazing performance in the 2019 world cup. He scored 2 centuries and 3 double-centuries. The cricketer might have received criticism initially. However, all his efforts and Mahi’s trust in the MI skipper paid off.